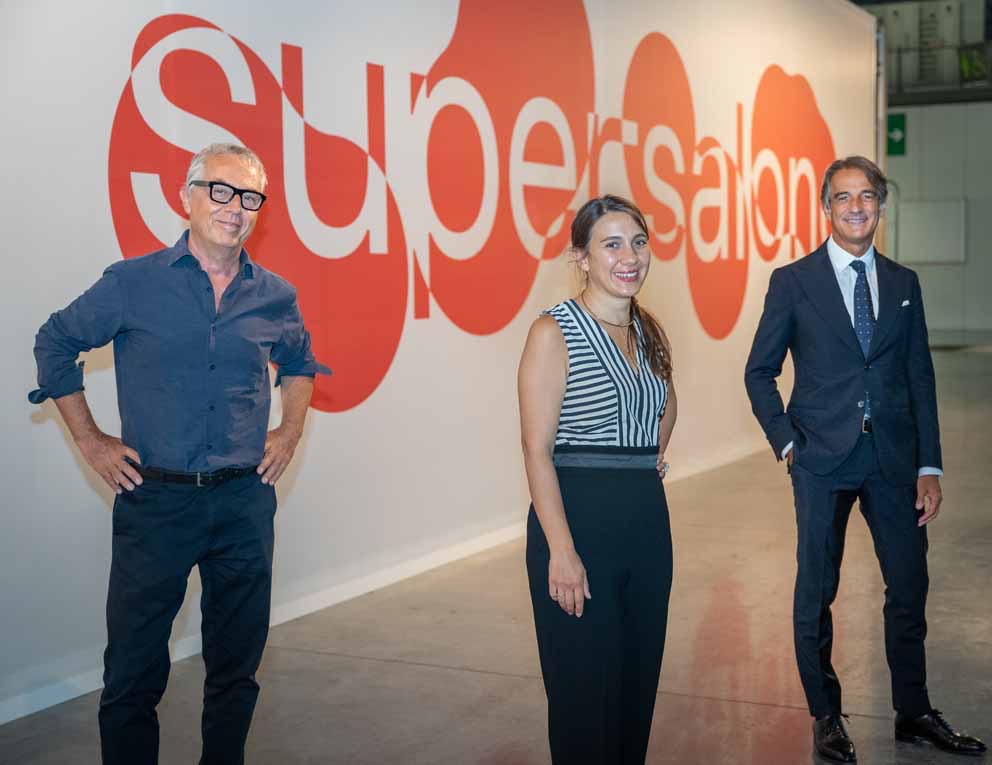 “supersalone“, the special event 2021 of the Salone del Mobile.Milano, ended with a very positive result thanks to a new and transversal format that has been able to involve many companies in a strongly shared project. More than 60 thousand people attended the event, exceeding all expectations in terms of attendance and confirming the relaunch of the city, of an entire system and of the country. Everything took place in the utmost safety for operators and visitors thanks to the Green Pass control system and the hubs for buffers at the entrances, a solution that allowed to work and visit the event without risks.

The focus is on quality, sustainability and the digital dimension

The organizers, who immediately believed in the event, were very satisfied. Maria Porro, President of Salone del Mobile.Milano commented: “We close this edition of Salone del Mobile.Milano with great satisfaction and emotion. It was important to take a first but decisive step, to be there and give a signal to the whole country. We succeeded. Thanks to the work of everyone: the companies that got involved, the curator Stefano Boeri and the whole team of co-curators, but also the organizers, the fitters, the designers and the operators of culture and communication who, together, believed in this event“ and then concluded “We have invested and reasoned by focusing on quality, We invested and reasoned by focusing on quality, sustainability and the digital dimension, and the result is that everyone perceived our enthusiasm, our ability to create a system and to go beyond the business to offer, once again, albeit in a different form, a global experience, in which what counts is innovation, commitment and cohesion. We were a fuse that triggered a chain reaction that involved the entire international design community, the city of Milan and the entire sector. Now we look to the future, with renewed awareness of the value and history of this collective heritage and with the desire to take on new challenges by working immediately on the 60th edition of the Salone del Mobile, which will be held from April 5 to 10, 2022“.
Recognition of the importance of the Salone del Mobile.Milano as an economic driver for the country also came from the presence of many governmental and institutional authorities, first and foremost the President of the Republic, Sergio Mattarella, who attended the inauguration ceremony.

Data confirm the success of the event

425 brands exhibited, 16% of which were foreign, plus 170 young students from 22 countries and 39 independent designers. In terms of visitor attendance, there were more than 60,000 registered visitors from 113 countries over six days. More than half were trade operators and buyers (47% from abroad). Almost 1,800 journalists were accredited from all over the world.
Very important was also the role of the new digital platform of Salone del Mobile.Milano that, during the days of the “supersalone“, amplified the event, activating a new approach and a new fruition both for visitors at the fair and for remote users. Over 22 thousand QR code scans through the new app. The Web counted on 1.5 million page views with an average of 90 thousand daily users.

A challenge won, fruit of the courage of Italian entrepreneurs

The president of FederlegnoArredo, Claudio Feltrin, underlined the reasons for the success of the “supersalone“.  “Not even four months ago the confirmation of the 59th edition, then the assignment of the task to the architect Stefano Boeri and today the final numbers beyond expectations that decree the success of the supersalone. Three steps that summarize the history of an event that for us has the flavor of the challenge won, the result of the courage and the desire to get involved of our entrepreneurs, eager to show the world the creations of the last 18 months, taking the great opportunity to measure themselves with a valuable experimentation. A supersalone in name and in fact that has been able to combine in an innovative formula dropped in the exceptionality of the moment, design, sustainability, quality, research, innovation, culture and food. In a word, the flagships of the entrepreneurial fabric of our country that, thanks to the supersalone, have 'played' in unison, demonstrating the ability to create a system by all public and private stakeholders. From the pavilions of Rho Fiera, our supply chain was able to confirm its leadership in the sector, attracting national and foreign buyers, professionals and non-experts, gaining important space in both the national and international press. But, above all, I think it should be recognized to the entrepreneurs of wood-furniture, present with 425 brands, to have done much more, assuming the responsibility to give to the restart of the whole country a flag, a container, I would say a house“.

Courage, passion and clarity of purpose

Great credit for the success of the event must certainly go to the architect Stefano Boeri and his team of curators.  “Last June - said Stefano Boeri - we promised a “supersalone“, i.e. an unmissable and special event, capable of driving the entire world of design and furnishings for a week. Today, we can say that we have succeeded, thanks to the trust given to us by Salone del Mobile.Milano, to the willingness of the companies and to the extraordinary work of a team of curators - Andrea Caputo, Maria Cristina Didero, Giorgio Donà, Anniina Koivu, Studio Folder (Marco Ferrari and Elisa Pasqual), Lukas Wegwerth - who have shown the world what the future of large exhibitions can be. Open to the public, to digital interaction and purchase, with a clear exhibition format capable of enhancing the value of the products, completely recyclable in its materials and dismountable in its installations, the “supersalone“ was the demonstration that, in times of difficulty, the combination of courage, passion and clarity of objectives is a lever that can change the world“.
Not only the supersalone, but also the entire city of Milan received extremely positive data.
Great success for the Triennale that, during the Milano Design Week, recorded over 57,000 visitors, a figure that exceeds the excellent result of 2019 and confirms the positive response of the public to a rich and high-profile cultural proposal. 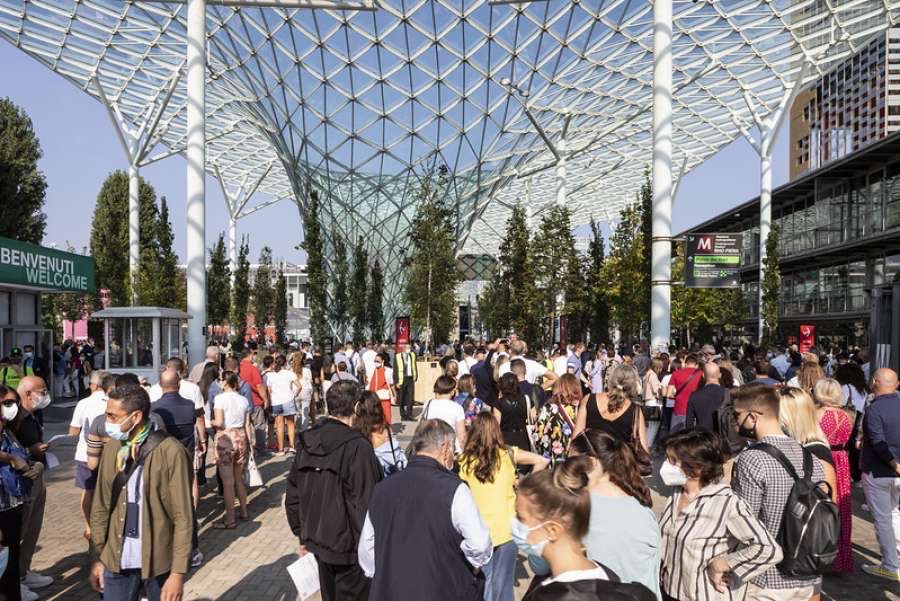 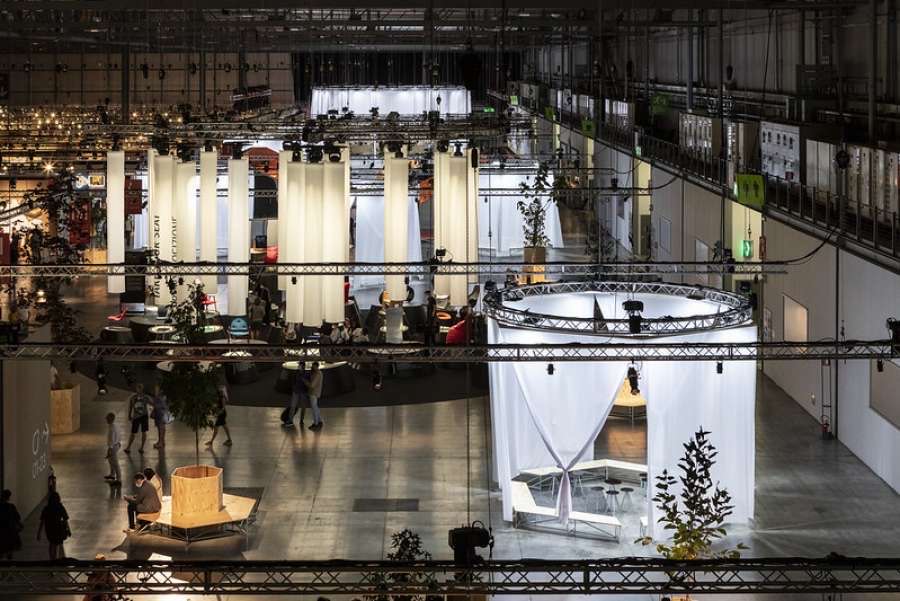 The project aims to combine the digital dimension with the physical experience of the Fair
Category: Industry news
Publication date: 07/07/2021
Discover more

A great showcase for design, planning and innovation: a positive signal for the whole sector and for the country
Category: Fairs
Publication date: 31/05/2021
Discover more

interzum 2021: a hybrid exhibition format for a safe and purposeful fair

The important event dedicated to supplies, components and semi-finished products for the furniture industry is confirmed from 4 to 7 May 2021.
Category: Fairs
Publication date: 06/12/2020
Company: Interzum - Koelnmesse GmbH
Discover more

From 20th to 23rd January 2021 in Cologne, a special edition that radically changes the traditional course of the exhibition.
Category: Fairs
Publication date: 26/10/2020
Discover more

“Cosentino We”, the new global community for professionals in the sector