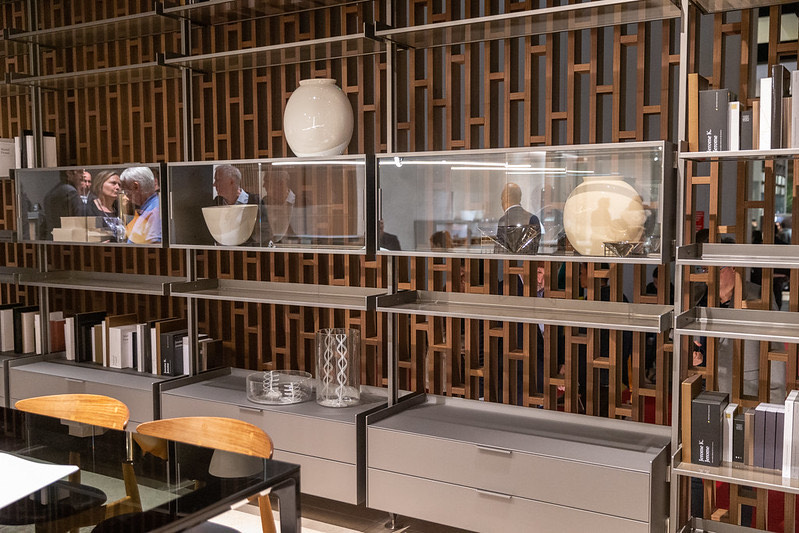 According to the Preliminary Figures drawn up by FederlegnoArredo's Study Centre, the Italian wood-furnishing sector closed 2020 with a -10.8% contraction compared to the previous year.
FederlegnoArredo's surveys of members show that, after the heavily negative results of the first half of the year, the summer months made it possible to recover in terms of turnover and sales what had been lost earlier.
For April 2020, losses of between 35% and 45% were estimated compared to April 2019, while in June a year-end closing of -16% was expected. However, thanks to the summer rebound, the wood-furnishing sector managed to contain its losses, closing at -10.8%.
“After the heavily negative figures for the first half of the year, a catastrophic decline was already feared in April, as confirmed by our Monitor for that period. Fortunately, this did not happen and, if we read the preliminary results with an eye to the future and not to the past, we can say that they allow us to look to 2021 with cautious optimism. The various sectors of the supply chain that we represent,“ comments FederlegnoArredo chairman Claudio Feltrin, “are so different that each has experienced and reacted to the crisis in a different way. Certainly the contract sector has suffered, and continues to suffer, more than other sectors. Hotels, airports and closed public places have coincided with a contraction in spending in this direction, while home furnishings have benefited from the forced stay at home“.

Italy's industrial fabric is made up of around 73,000 companies, mostly SMEs. To help these companies in such a difficult year, Federlegno has fought for the reopening of production so as not to lose positions to the detriment of competitor countries that have remained open, and has dialogued with institutions to facilitate companies' access to credit so that they are not forced to stop investing in Industry 4.0 and sustainability. It was precisely these investments that helped overcome the crisis; without them, 2020 would have recorded much greater losses.
The drop in total turnover was caused by the domestic market (-9.4%), but especially by the foreign market (-13.1%). Positive factors were the numerous tax breaks available for 2020 and the renewed interest of Italians in the home.

Imports: a greater contraction for the Contract sector

Imports (-14.7%) showed a more pronounced decrease than production for the domestic market, demonstrating the slowdown in trade flows at global level, due to the Covid emergency that spared no country and therefore no market.
A more significant contraction instead affected the sectors linked to the non-residential world, offices, retail and hospitality. There were no significant differences between furniture (-11%) and wood (-10%), while the wood trade suffered a greater contraction (-14.0%), also due to a progressive and constant increase in the price of raw materials and numerous supply difficulties at global level.

Exports of the wood-furniture supply chain in 2020 contracted sharply until May as a result of numerous lockouts and the severe slowdown in international trade, leading to an overall -13.1%. France, Germany and the United States remain the main commercial outlets for our products.
In addition to production stoppages and company closures, in the first half of the year, the furniture macro-system was also heavily penalised by the absence of the Salone del Mobile, the world's leading event that generates the most important orders for companies. The sector most affected was undoubtedly that of fitters, with a -90% drop in turnover due to the cancellation of all national and international exhibitions.
“Now,“ concluded Feltrin, “we have to gather all our energy and ideas and turn this deep crisis into an opportunity, starting with the theme of digital, sustainability, training and innovation in our companies. The pandemic has put the home back at the centre, well we represent it in its entirety and we must be the protagonists of this turnaround“.

In the photo, Rimadesio stand at the Salone del Mobile in Milan (Ph. Luca Fiammenghi).

wood-furnishing sector and Covid-19 emergency : the call to reopen Made in Italy

The Federlegno-Arredo manifesto and the appeal of some leading companies in the design sector
Category: Industry news
Publication date: 14/04/2020
Discover more

Assopannelli's commitment to defending the Italian production of panels