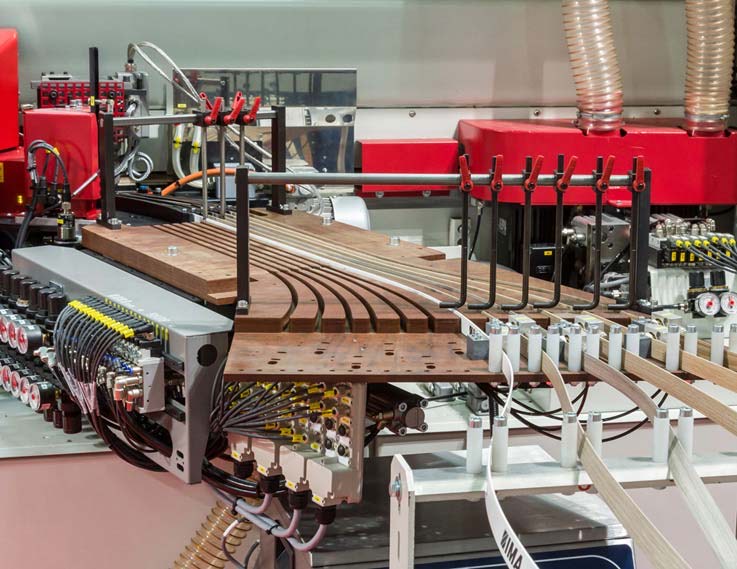 The data emerged by the traditional business survey drawn up by the Acimall studies Office, the Confindustria association of woodworking machinery manufacturers and its derivatives, shows that also the fourth quarter of 2017 ended positively with an increase in orders of 36.8% compared to the same quarter of 2016 (it was 42.9 percent in the period July-August, again comparing the quarter with the same period of the previous year). This figure is a summary of the results achieved by orders arriving from abroad, which grew by 35.2% (51.5% in the previous quarter) and the excellent trend in Italian demand, which is expected to reach more than 49.5% compared to the period October-December 2016 (it was 19.7% in the second quarter).
“There is no doubt that Italian users are now in the midst of a greater confidence climate and that this, together with state support interventions, are generating robust demand, even exceeding the brightest expectations“, commented Dario Corbetta, Acimall director. “Results that are not just reasons of obvious satisfaction for the manufacturers of technologies, but a prelude to a growth of competitiveness of the entire system: the wood and furniture sector in recent years has had to face an extremely complex season, reducing to minimum every investment. Nowadays, having more innovative and up-to-date technologies means having more effective and performing tools, producing more and better in full “Industry 4.0“, exploiting the interconnection between technology and business management systems to recover competitiveness and also proposing capacity in product terms“.
The Acimall survey reveals other interesting data, first of all an order book that rises to 3.6 months (it was 3.4 in the previous quarter), a figure that immediately allows to understand what effects will have the performance of the last quarter 2017 on the forecast for the year just begun.
Prices from the first of January show substantial stability, standing at over 1.1 percent, the same figure for the July-September period. Another interesting fact concerns the opinion of the interviewees regarding the trend of production, estimated to grow by 50%, stable for the other fifty percent. Stable employment for 72% of the sample, up 28%.

Positive also the trend that emerges from the pre-final balance always elaborated by the Acimall study office. According to the latest data, in 2017 production value reached € 2.29 billion, 11.6% more than the previous year. The trend of exports was excellent, reaching 1.6 billion euros, 7.1% more than in 2016. Among our best customers are the United States, which bought Italian wood technology for a value € 165.5 million, followed by Germany (€ 105.8 million), Poland (€ 102.4 million) and France (€ 92.5 million). The value of imports also increased (199 million euros, up 10% from the previous year).
The domestic market also continues to grow, thanks above all to the investment support measures launched in recent years by the Italian government, with clear forecasts of further progress in the short and medium term: in 2016 Italian “consumers“ of woodworking machines have invested 743 million euros, which became 894 (140 million more) in 2017 and everything seems to indicate that 2018 can see an internal market close to one billion euros, the new record after 900 million in 2001.
With regard to forecasts, 72% of the sample believes that orders from abroad will increase further in the short term, while for 28% there will be no significant changes. With regard to the internal market, 39% of the sample believes in a positive trend; 56% will have to talk about stability while 5% expect a decline.

Encouraging signs for a sector that is able to cope with difficulties and looks to the future with cautious optimism
Category: Economics and Marketing
Publication date: 17/03/2021
Discover more

The sector, despite a significant contraction, confirms its strong propensity to export
Category: Economics and Marketing
Publication date: 12/05/2020
Discover more