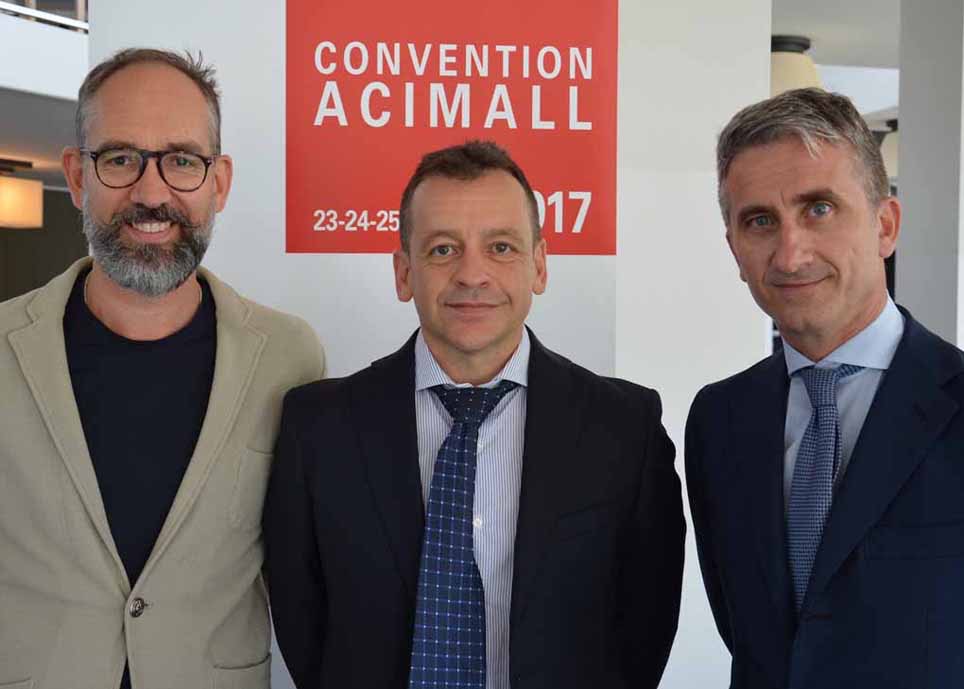 The General Assembly of Acimall, the Association of Wood Technology Manufacturers, held on June 24 in Galzignano (Padua), re-confirmed President Lorenzo Primultini and ratified the appointment of two Vice-Presidents, Luigi De Vito (Scm Group) and Raphael Prati (Biesse Group).
Lorenzo Primultini – born 1967, a mechanical engineer with a master in Business Administration from the University of Chicago Booth School of Business, president of Primultini in Marano Vicentino (Vicenza) – was re-elected President of Acimall, the Confindustria member association representing Italian woodworking technology manufacturers, by unanimous vote.
Luigi De Vito – born October 1973, married with three children, a degree in Economics and Trade, Industrial Management – is the director of the Wood Machinery Division at Scm Group, after longstanding experience in Unilever and Biesse; since September 2016 he has served as Vice President at Eumabois, the European federation of national associations of wood technology companies.
Raphael Prati – Corporate Marketing & Comunications Director at Biesse Group – is an aerospace engineer. Born 1970, he is a French-Italian national, married with two children. His professional career includes jobs at Decathlon, Augusta/Finmeccanica, Airbus and Scm Group; his current scope of action is the definition and deployment of strategic marketing and integrated communication plans as competitive factors.
“I am very satisfied with the team we have created”, President Primultini said. “Now Acimall is even stronger and united, guided by a board that reflects an industry where big industrial groups stand side-by-side with small and medium enterprises, typical expression of the industrial landscape of this and other made-in-Italy segments. Such collaboration and confrontation have always been instrumental in the success of our companies”.
Success confirmed by the data for the first quarter  2017, which saw a rise of orders by 16.4 percent over the same period of 2016,  consolidated the positive season for furniture industry and woodworking machinery and plants.
For almost two years the barometer has been pointing to “fine weather” and the trend is substantially continuing, definitely the best way to put an end to a really disappointing period.
This is the outcome of the traditional trend survey by Acimall’s Studies office on a significant sample of companies, showing that in the first three months of this year, orders increased by 16.4 percent compared to the same period of 2016; such figure is higher than the growth rate of the previous quarter, October to December 2016, which had stopped at 13.6 percent.
Back to January-March 2017, we have to stress the rally of demand by international companies, whose demand for Italian technology increased by 22.2 percent. Italian companies went back to a reflective mood, with orders down by 3.6 percent, which nevertheless needs some interpretation. While the positive variation of foreign orders is a sort of “rebound” after a stable trend in 2016, with a significant contribution by the improved performance of a few significant markets, technology demand by Italian companies was affected by a “wait-and-see” approach, as companies tried to figure out how to access the benefits of the “Industria 4.0” government plan, and especially “hyper mortgage”. In other words, Italian companies chose to wait for the publication of implementation instructions to have a clearer overview.
The forecast survey reflects the optimism of industry actors: 44 percent of interviewees believe that foreign demand will increase in the coming months, will 56 percent expect a stationary trend (the balance is plus 44, versus 18 in the October-December 2016 period).
There is optimism also on the domestic market: 17 percent of the sample predict expansion, 78 percent expect substantial stability and only 5 percent fear some shrinkage. The balance is plus 12, versus plus 1 in the final quarter 2016. 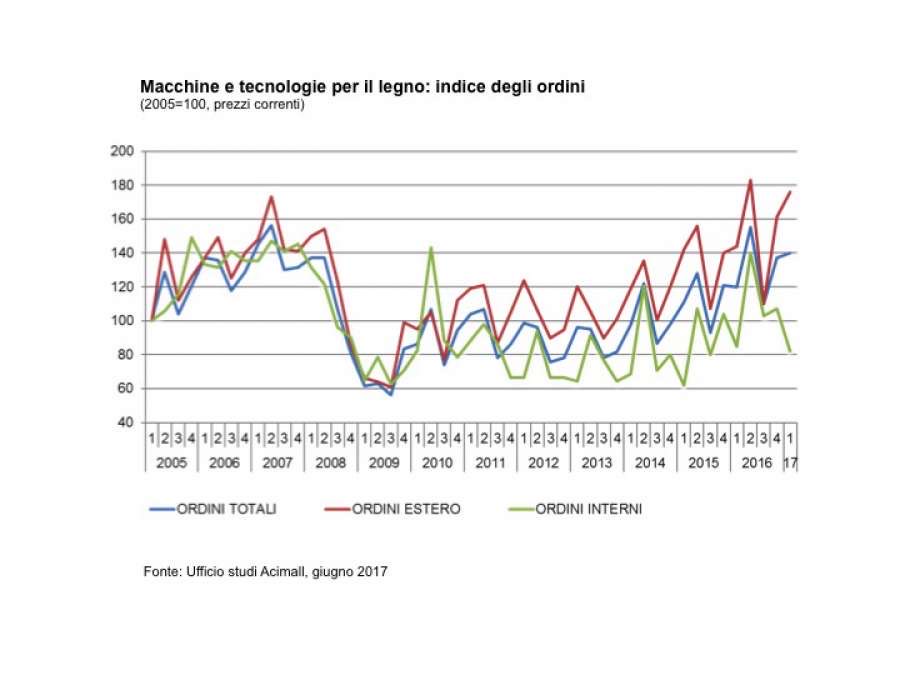 The technologies of Scm Group to the 25th edition of Xylexpo