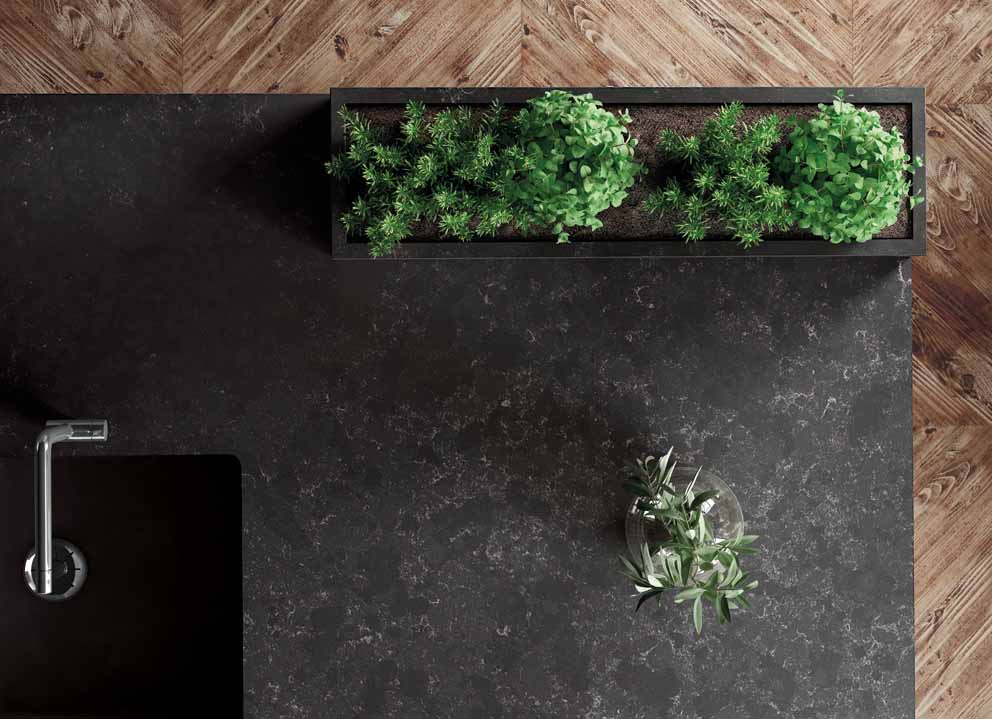 The quartz surfaces Silestone® by Cosentino are enriched with a new series of five colours inspired by industrial style: Silestone® Loft. The industrial style, back in vogue in recent years, dates back to the mid-twentieth century when abandoned factories, large workshops and warehouses in various districts of New York gave life to the famous lofts characterised by cement, beams and exposed pipes in a deliberately informal aesthetic. It is precisely this style that inspired the creation of the Silestone® Loft series, composed of five colours that bear the names of five neighbourhoods that symbolise that period and that aesthetic: Camden, Poblenou, Seaport, Nolita and Corktown.

With this collection, Silestone® also introduces the innovative HybriQ+ technology, a new production process that reconfirms the company's commitment to the environment, circular economy and sustainable resource management.
HybriQ+ technology makes it possible to create Silestone® Loft by reusing raw materials such as recycled glass, as well as 98% recycled water and 100% renewable energy. In this way the presence of crystalline silica in Silestone® Loft quartz surfaces is significantly reduced and replaced by a hybrid mixture of recycled minerals and raw materials. This new composition gives Silestone® more modern aesthetic characteristics while maintaining its quality and beauty.
This new generation of more sustainable Silestone® quartz surfaces, respectful of the environment and health and safety in the workplace, is the result of over three years of work and synergy between the Cosentino Group's specialised Innovation, Product and Environment teams.

Silestone® quartz surface is the ideal solution for kitchen and bathroom worktops, but is also used in laboratories, hospitals, hotels, restaurants and other professional spaces.
Silestone® Camden, inspired by one of the most alternative and famous areas of London, is a cement grey that brings to mind the cold tones and wear and tear of living spaces typical of this district. Because of its homogeneity, it is a versatile proposal suitable for any interior decoration project.
Silestone® Poblenou, on the other hand, evokes the heart of Barcelona's industrial revolution, now one of its most modern and creative neighbourhoods. Poblenou has a warm, Mediterranean atmosphere and an industrial look. The Silestone® Poblenou quartz surface is characterised by a warm shade of grey with very fine veins on the surface and a sandy background that gives it brightness.
Silestone® Seaport is reminiscent of the small seaside district in south-east Manhattan: exposed bricks, worn concrete and the characteristic wood of the harbour quays have inspired the colour palette proposed by this new colour. The shades make Silestone® Seaport very similar to the dark, aged cement and the light shades combine perfectly with the background.
Silestone® Nolita is also inspired in New York, in particular, by a neighbourhood that was at the forefront even before it was given the name Nolita (North of Little Italy).  The Silestone® Nolita quartz surface is cold and industrial and, with its shades of white and light grey, gives life to an elegant, delicate line without sharp contrasts.
Silestone® Corktown recalls the play of light and shadow of a Detroit neighbourhood, offering the blackest, most intense and deepest colour of the Silestone® Loft collection. Its dark background blends with intense brown touches and an ultra-matt finish, evoking surfaces worn by the passage of time. 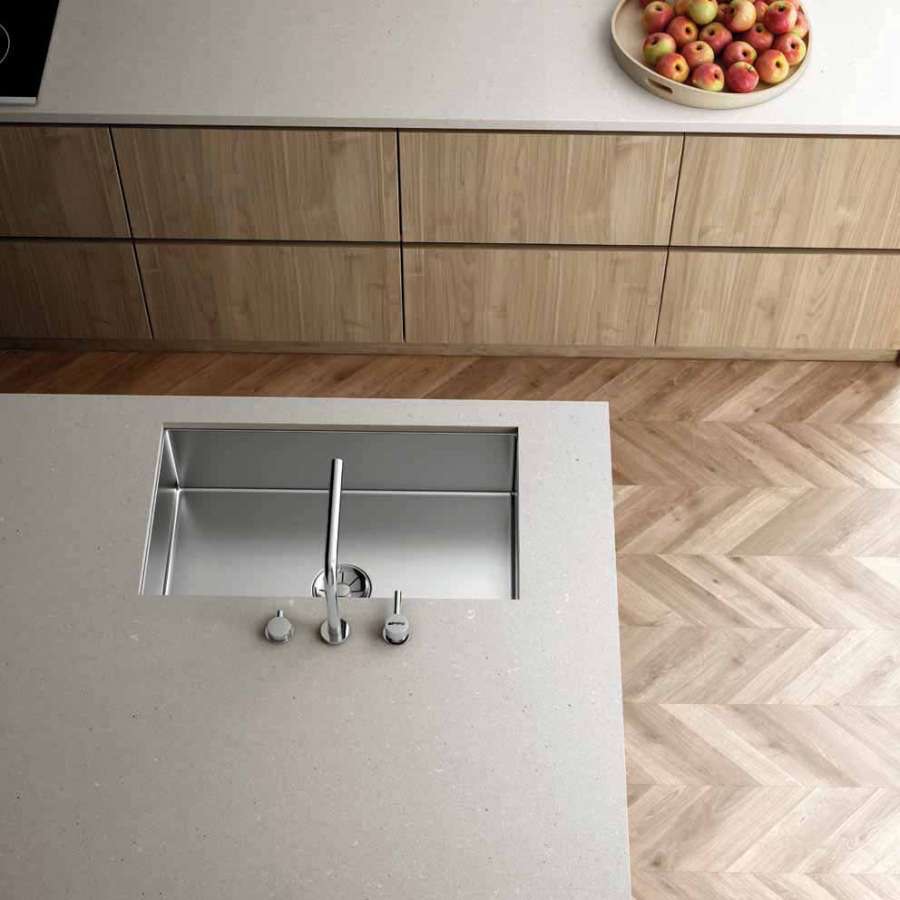 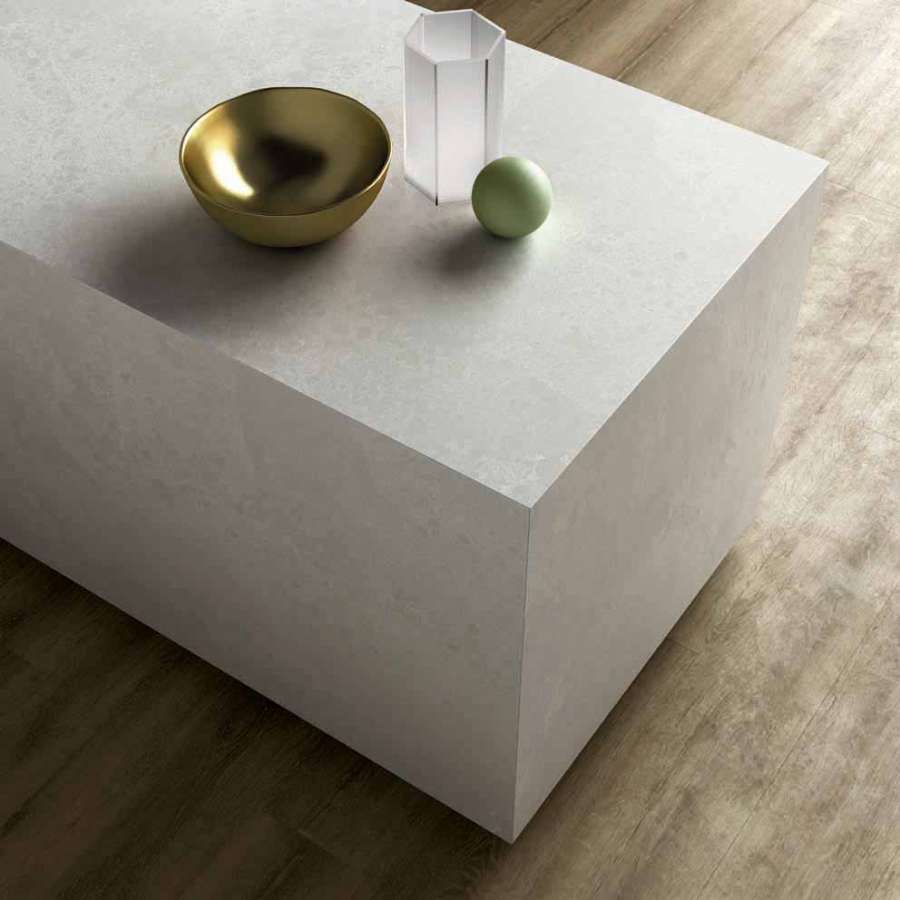 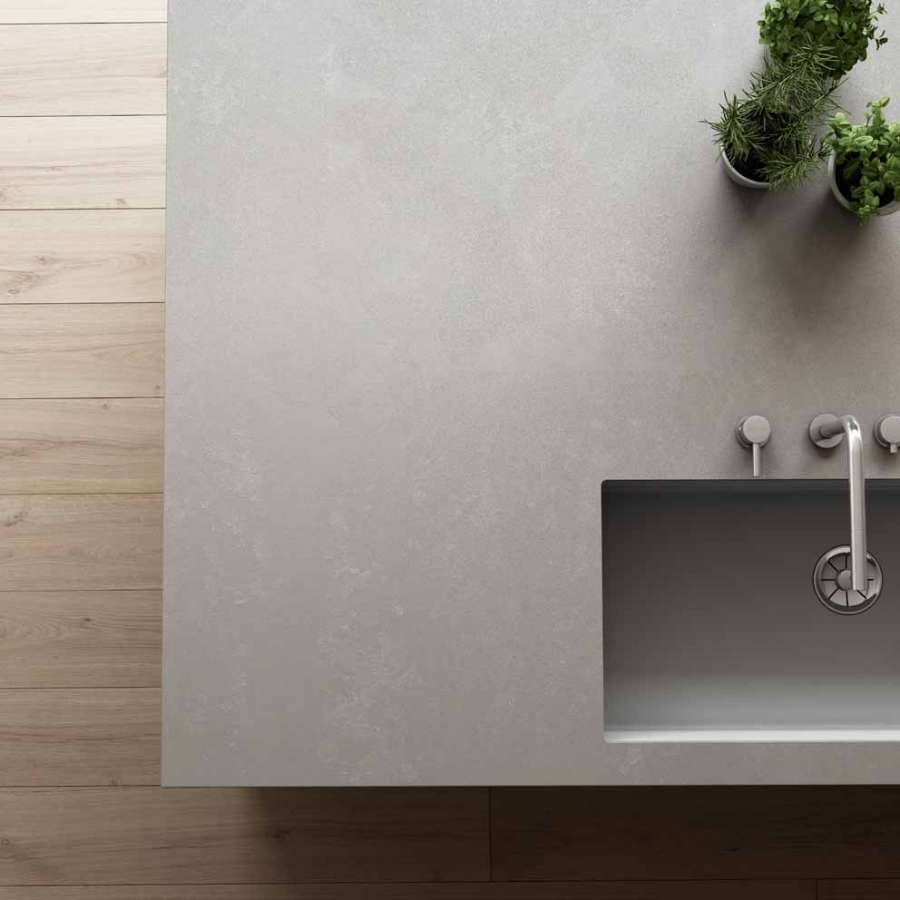 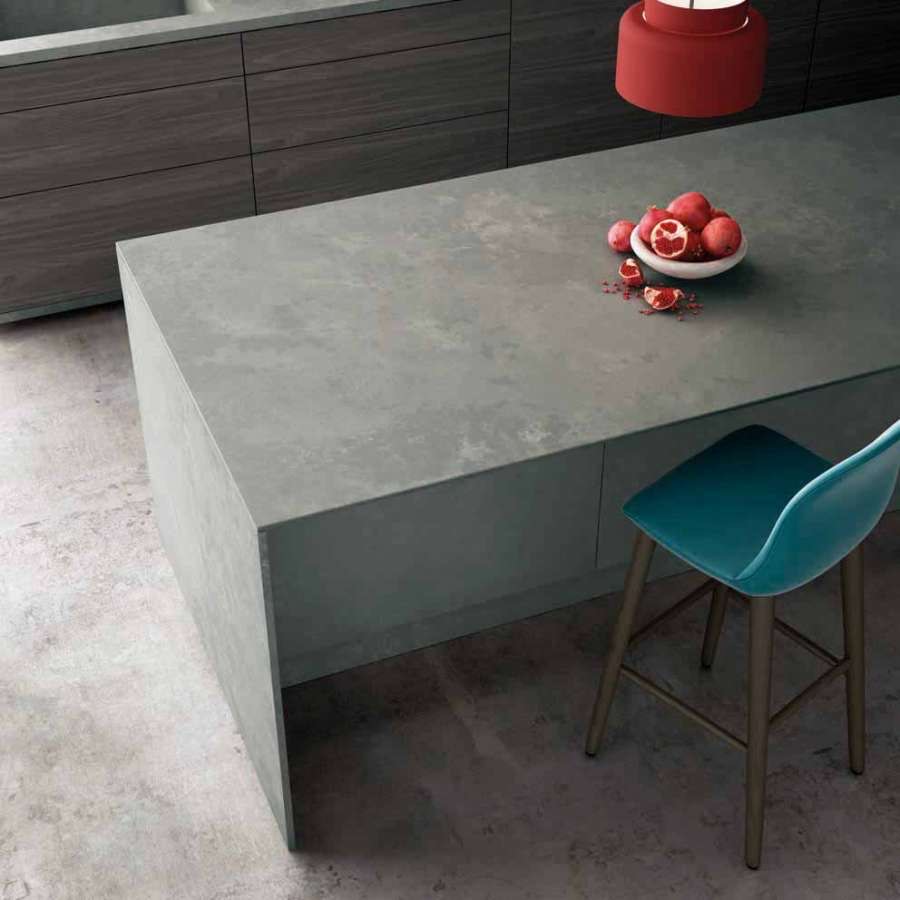 Created with HybriQ® by Silestone® technology, the collection is inspired by the Mediterranean, its colors and nature.
Category: Technological materials for furniture
Publication date: 16/06/2021
Company: Cosentino Group
Discover more

Four series of colours with their own personality in terms of design and innovation
Category: Technological materials for furniture
Publication date: 23/03/2020
Company: Cosentino Group
Discover more