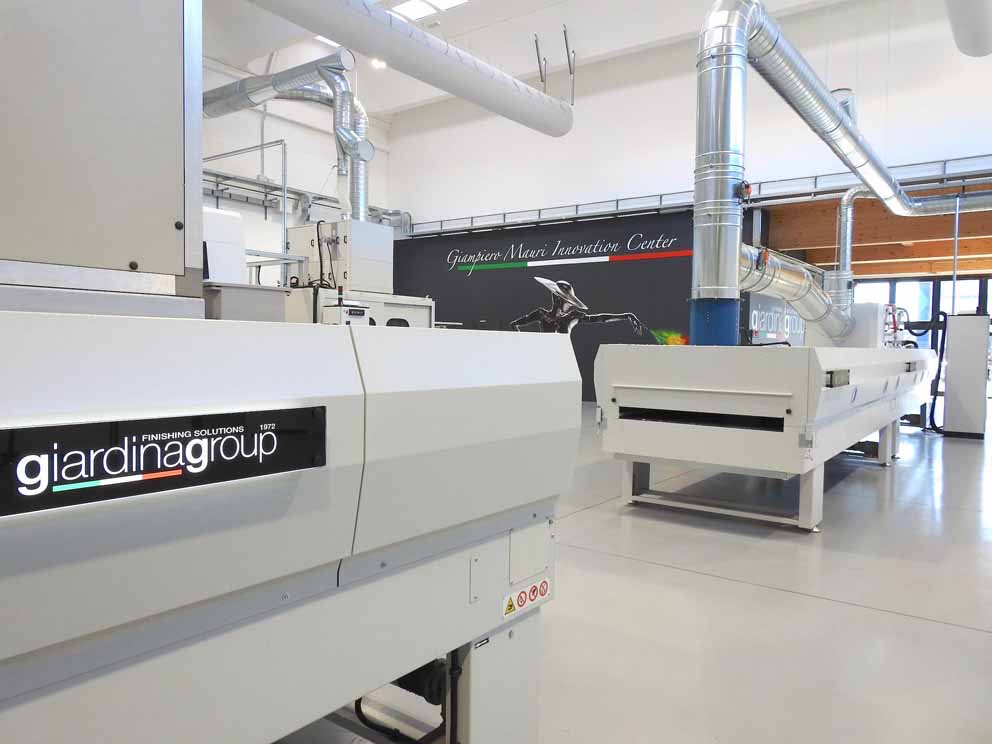 GiardinaGroup, one of the world's best known brands for painting solutions and surface finishing systems, reports a good 2020, despite the difficulties imposed by the health emergency.  Turnover, which was more or less in line with the previous year's results, reached 20 million euros, thanks to the excellent results obtained in the various markets, primarily the Americas, Eastern Europe, France, Finland, Germany and Indonesia.
A year full of challenges that saw the birth of Destefani, the new company that is part of the group, inheriting world-renowned skills in the field of edge and profile sanders. For this company too, 2020 has been a positive year: it is enough to point out that in the last six months the number of machines produced has quadrupled, confirming the extent to which the market is now interested in purchasing simple technologies capable of considerably reducing manual work.

A year that saw intense activity aimed at product innovation: in 2020 we presented the patented system for roller finishing of shaped surfaces, more efficient drying technologies and the new “Dualtech 420“ sprayer for high productivity, a machine that can be equipped to give any customer all the quality and speed he needs.
The “Giampiero Mauri Innovation Centre“, inaugurated only a few weeks before the start of the pandemic, has been reopened, while in the next few weeks work will be completed on the new electrical panel assembly department. Finally, on the commercial front, among others, new collaborations have been defined in China and North America, a step forward in the strengthening of a commercial network that, according to the group's strategies, will be further expanded in the coming months.

CFN Verniciatura: skills and technologies for a high quality product

A privileged perspective on everything that is happening in the finishing sector
Category: Machines and plants for painting
Publication date: 29/10/2019
Company: Cefla Finishing
Discover more

Giardina Group machines and technologies on show at Xylexpo 2018

A stand expression of the skills of the three brands, now part of the group
Category: Machines and plants for painting
Publication date: 07/06/2018
Company: Giardina Group
Discover more

Giardina Group: excellent results for a reality that looks to the future