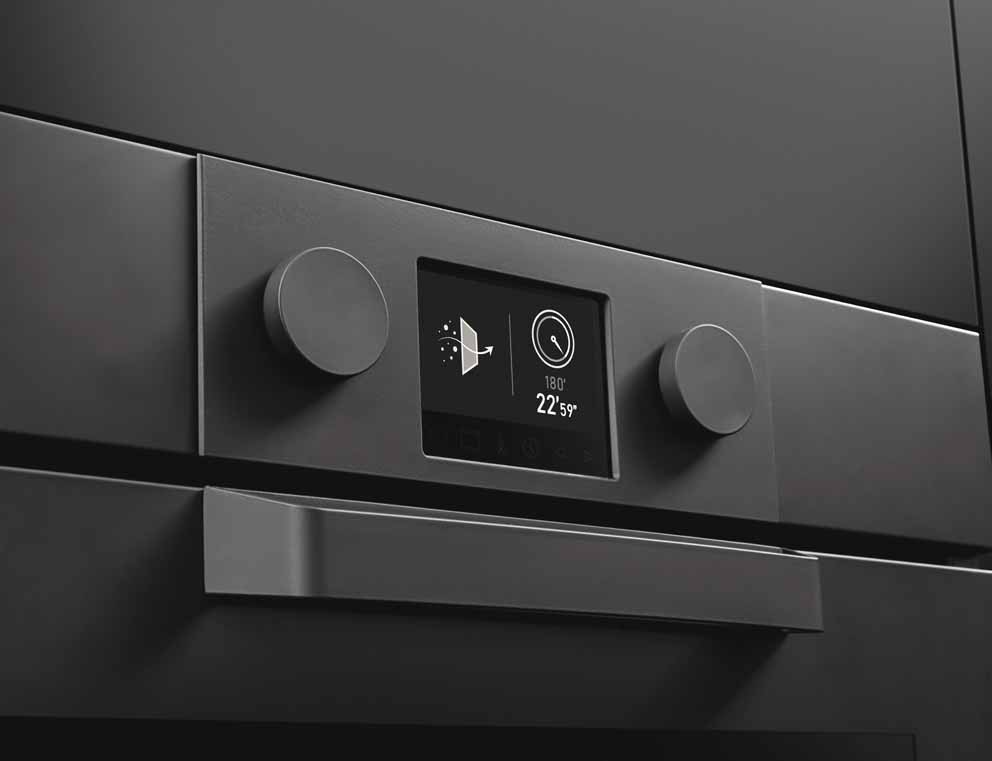 At Sicam, Barazza presented Zefiro, the first system in the world capable of transforming the built-in oven into a real air sanitizer; a unique and exclusive plus that further enriches the functions and equipment of its new range of ovens. The Zefiro sanitizing system is integrated on all Barazza 60 "Icon" ovens, a collection characterized by an innovative design idea.


The Zefiro system transforms the oven into a real air sanitizer, able to improve the quality of life inside the house. In fact, it performs several functions: it eliminates viruses, bacteria and germs, sanitizing the environment and making it safer, it helps to remove bad smells from the kitchen, working simultaneously with the hood and speeding up its operations. Thanks to its minimal energy consumption, it can be used frequently and moreover, being very silent, it can be activated also during the night.

The Zefiro sanitizing system can be activated in a simple and intuitive way, only when the oven is not engaged in a cooking phase. It can work for time intervals between 2 and 8 hours, with deviations of one hour, depending on the size of the environment to be sanitized.

Using the tangential ventilation of the appliance, the air to be purified is sucked in through a series of holes specially placed on the rear side of the oven.

Subsequently, the air, purified of harmful substances and unpleasant odors, is released back into the environment through the slot located on the front side of the oven, between the door and the front controls. 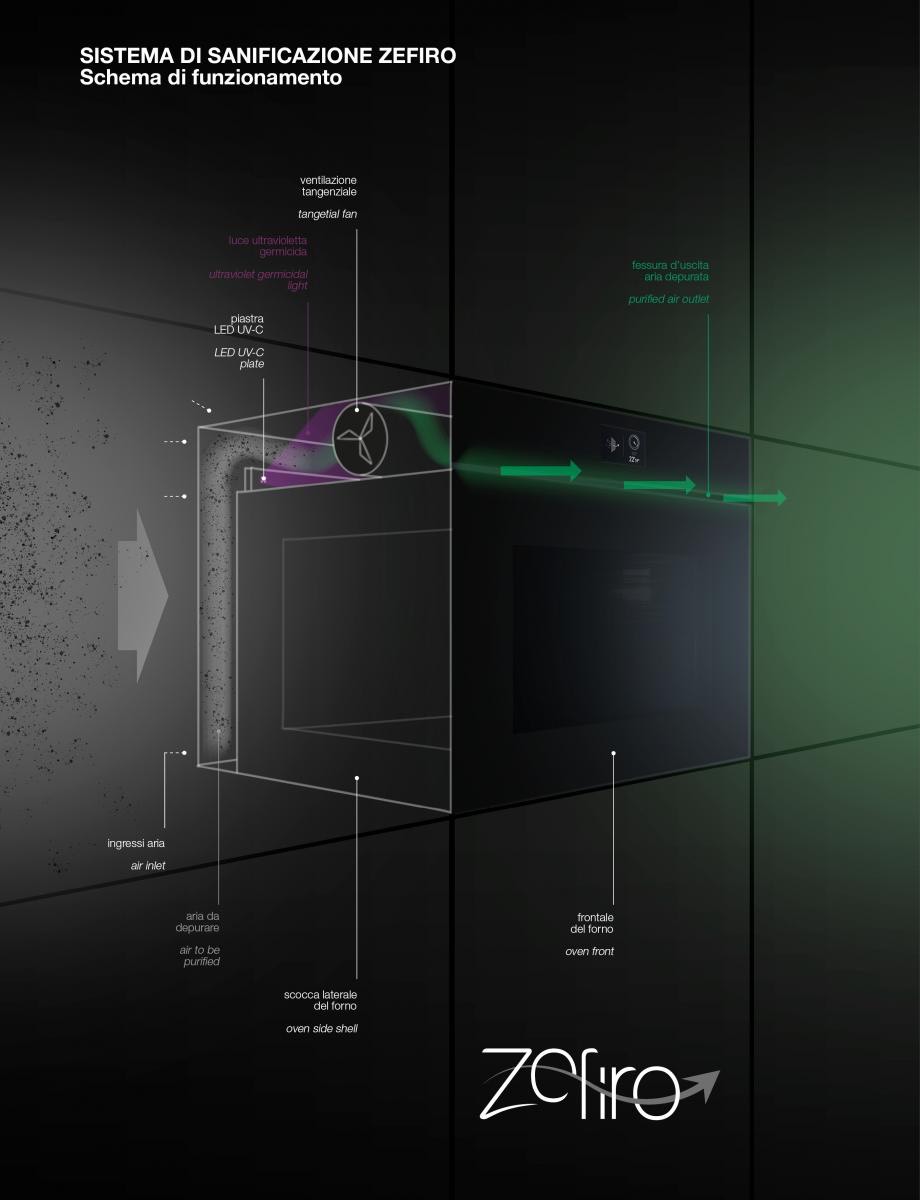