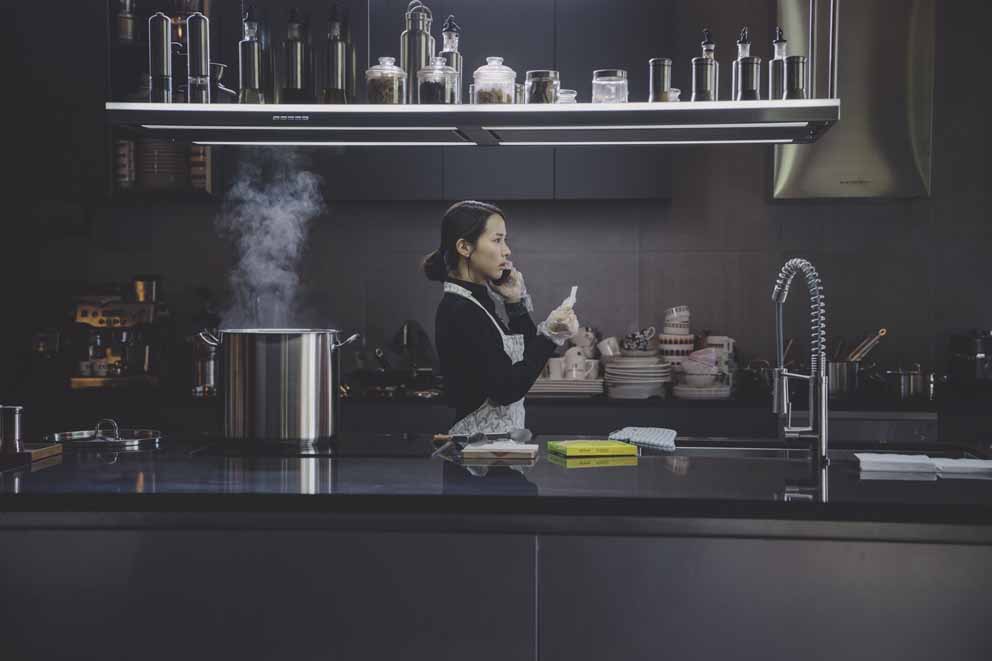 Korean director Bong Joon-ho's film “Parasite“ triumphed at the latest Academy Awards winning four Oscars, including Best Film, making history as the first non-English-language feature to win the category.
The film's protagonist was also the Italian design, which expressed itself best in the kitchen setting of a wealthy villa in Seoul, helping to emphasize the social status of the characters.
Numerous scenes were shot in the kitchen where two models of Falmec's extractor hoods stand out: Lumen Isola 175 and Altair. Both kitchen hoods are part of the Design collection, a line created with the aim of achieving stylistic and functional perfection thanks to the collaboration of established and emerging designers.

Located in the center of the room, Lumen Isola 175 with its important dimensions becomes the undisputed protagonist of the kitchen.
The extractor hood houses along its entire stainless steel structure containers and jars that further enrich the role of the hood within the space.
Lumen Isola 175 is an island hood that overlooks the worktop with induction cooking area and sink recessed in the top. Its great expressive power is further enhanced by the LED bands on both sides of the hood, which illuminate the surrounding environment creating a pleasant play between light and shadow.

The other solution in the “Parasite“ film is the Altair wall-mounted extractor hood, a 60 cm stainless steel monobloc installed next to the kitchen wall units. Equipped with perimeter suction and electronic control panel, Altair has an LED lighting system located in the lower part of the hood that illuminates the cooker hob, skilfully combining functionality and aesthetics. 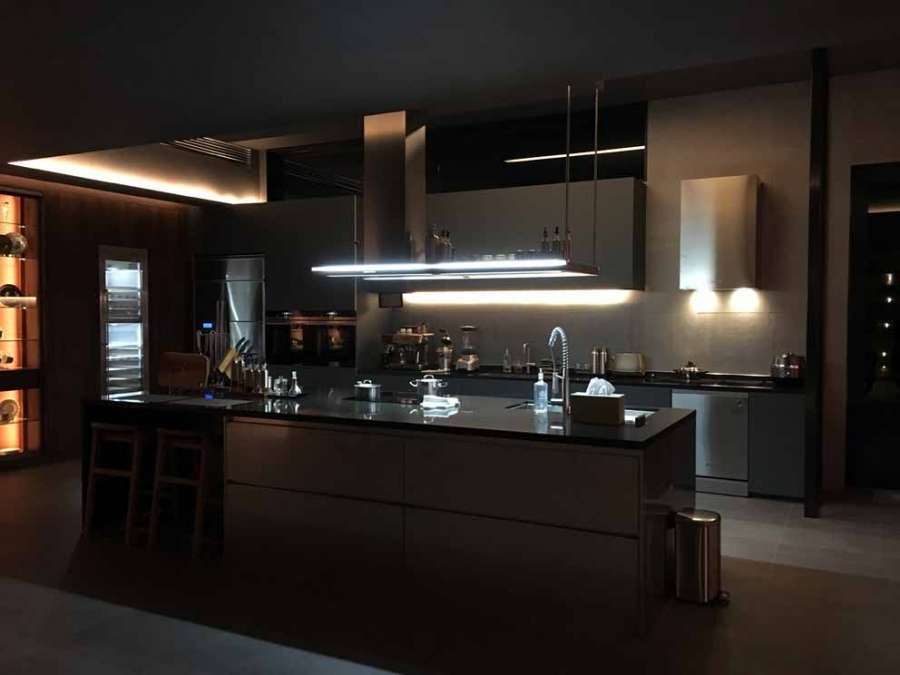 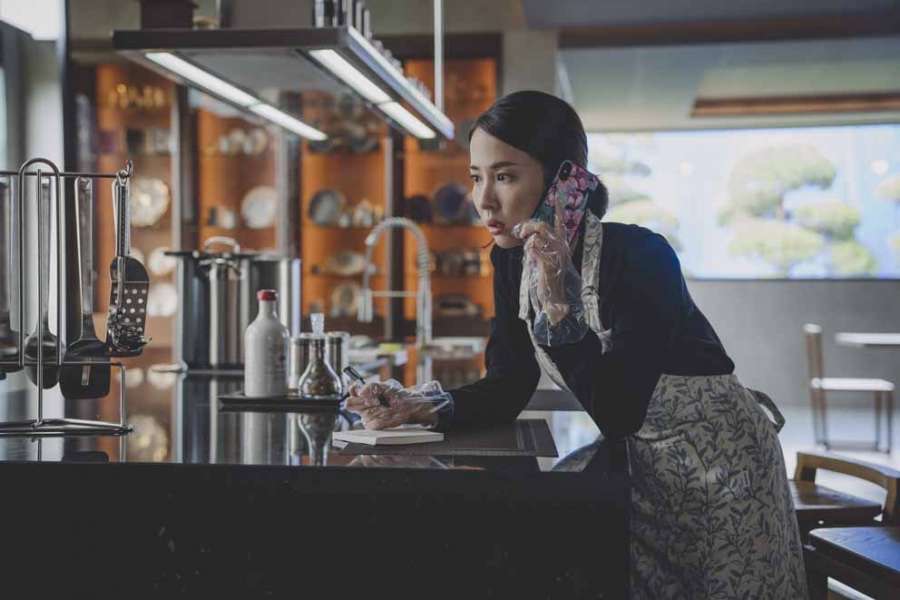 Elica hoods win the Red Dot Design Award, the Plus X Award and the A'Design Award

Falmec kitchen hoods: suction solutions where glass is the protagonist

Franke Home Solutions: the new division of the Franke Group is born

Bloom-S and Rules in Dekton® kitchen hoods born from the renewed collaboration between Cosentino and Elica.

Falmec Ceiling Hoods combine aesthetics and functionality at their best

By Novy: hoods that illuminate kitchen