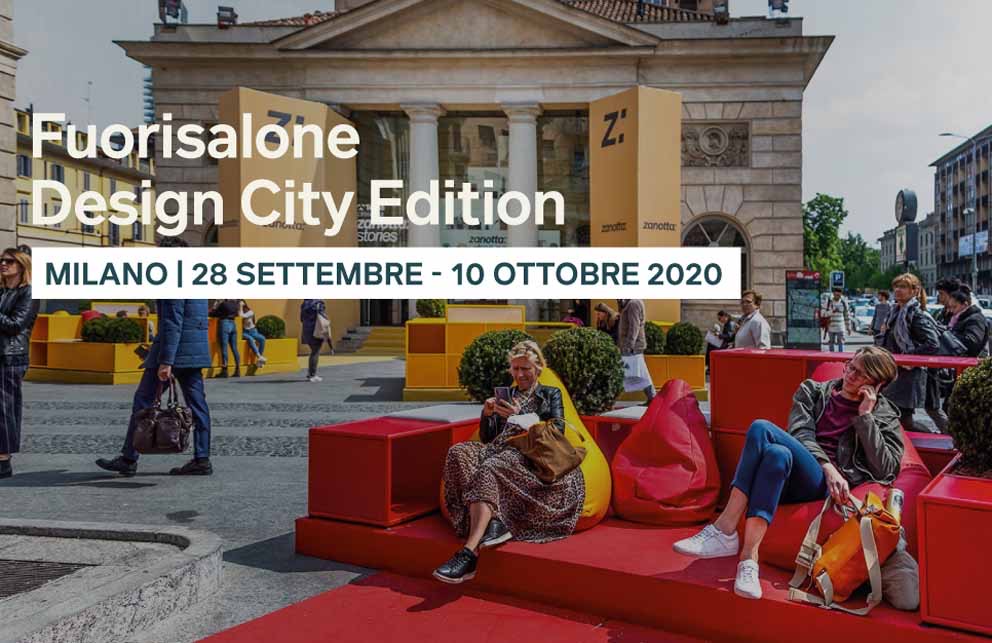 The Salone del Mobile and the Fuorisalone have always played a very important economic and social role for Milan, which soon led it to become the world capital of design. A successful formula that attracts more and more visitors from all over the world every year, giving the city the most stimulating week of the year. It is therefore clear how important the absence of the Show this year has been for companies and the whole city. Now Milan is back with Milano Design City: from 28 September to 10 October events, exhibitions and meetings are scheduled in showrooms and other design venues all over the city.
Milano Design City proposes itself as an event dedicated to the culture of design and innovation, with particular attention to the redesign of urban spaces, sustainability and the circular economy. The aim is to restart the Design Italia System, which is once again open to the public while complying with all health safety regulations.
The star of Milano Design City will be Fuorisalone.it with its Fuorisalone Design City Edition, in continuity with the first edition of Fuorisalone Digital launched on 15 June.

Fuorisalone Design City Edition: the events in the various districts

More than 350 appointments are distributed in the city, some of which are present in the area, each with rules and access methods defined by the individual organisers.
The Brera Design District sees the inauguration of new showrooms by important Italian and international design brands, including FENIX® Scenario, a multifunctional space in which to interact with innovative interior design materials, the new Milanese flagship store of Iris Ceramica Group and the new showroom of Snaidero Milano Brera.
The Durini district is also full of events, where the numerous brands will present their new products under the banner of the most appreciated Italian design in the world. These include B&B Italia, Cassina, Arclinea, Gallotti&Radice, Luxury Living Group, Marazzi, Molteni&C, Dada, Barovier&Toso, Giorgetti, Natuzzi Italia, Lea Ceramiche, Omnidecor, Porro, Scic Italia, Technogym.
Talks, debates and seminars will be held in the Tortona area: in the spaces of Opificio 31, Base Milano and the former Drogheria in Via Tortona, the various scenarios in which design becomes a catalyst for change will be explored.
Other areas in Milan include Isola Design District, which will participate in Milan Design City with Isola Open Studios, open doors for artisan workshops, galleries and design studios in the Isola district.
A complete programme of events is available on Fuorisalone.it, with dates, times, map and access to each event. The organiser of each individual event will in fact establish the access methods, to guarantee the safety of the participants. Some events will be accessible by invitation only, others will be free, open to the public with regulated access or after registration.

Italian Design Day 2021: new challenges for the sustainable restart of Made in Italy

At the center of the fifth edition the theme of the restart and the reconfirmation of the international prestige of Italian design
Category: Industry news
Publication date: 14/07/2021
Discover more

The new ADI Design Museum in Milan proposes itself as a showcase for the creativity of Made in Italy
Category: Industry news
Publication date: 14/06/2021
Discover more

The excellence of the brand Okite