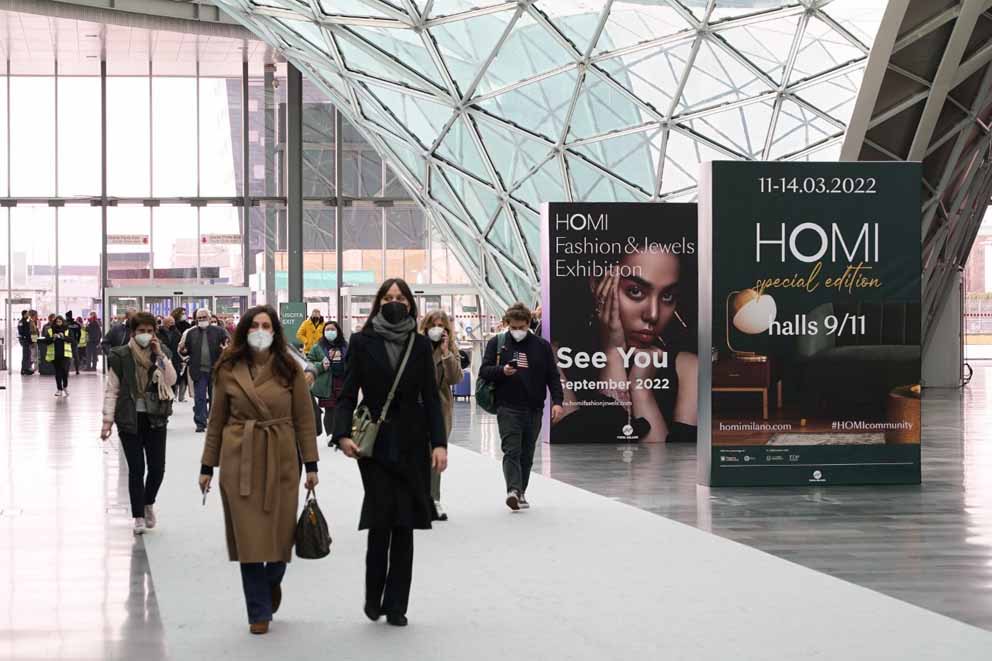 HOMI Special Edition, the event dedicated to the world of living and home decor, took place at FieraMilano Rho from 11 to 14 March. The excellence of the sector presented unique and exclusive products, a symbol of those values ​​of craftsmanship and research that have made Made in Italy great in the world.

There were 352 brands from 27 countries, 40% of which from abroad, which contributed to creating a broad and versatile scenario in the world of living and its decoration. The fair was confirmed to be capable of satisfying the most diverse needs of national and international visitors, with the aim of giving value to start-ups, local productions, the enhancement of the territory and craftsmanship.


The home segment is recovering

According to the data processed by the Export Planning platform in February 2022, the Home segment is recovering and looks to further steady increases by 2025. 2021 showed a strong recovery in world trade in the various segments of the Home sector: all of them largely recovered the levels of world trade that were even higher than those of 2019.

As for the Italian exports of the Home segment, in 2021 they recorded a growth of + 24.4% compared to 2020, returning to levels of more than 10 percentage points higher than the pre-pandemic ones, for a record value of over 2 billion euros.

Among the various sectors considered, the Home Textile, after a particularly negative 2020 (-14.2%), recorded the fastest growth performance in the 2021 average (+ 33.2%), returning to levels of more than 14 percentage points higher than 2019, equal to 434 million euros. Various household items are also recovering (180 million euros), with an increase of + 19.1% in euros compared to 2020, on levels even lower by around 2 percentage points compared to 2019.

The forecast, formulated on the basis of the latest edition of the World Economic Outlook of the International Monetary Fund, sees for the next three years (2022-2025) the household items sector a steady recovery at + 5.4% for world trade and + 3.4% for Italian exports.

In particular, the most dynamic segment worldwide is that of Home Textiles (+ 6.1% annual average in the period 2022-'25 in euro values), with a slightly less accelerated trend for Italian exports (+ 5.3% annual average ). Moderately positive trends are also expected for world trade in Various Household Items (+ 4.3% annual average in the period 2022-2025), with less dynamic growth rates (+ 3.4%) for Italian exports in the segment.
Among the leading markets from which the greatest growth is expected are Germany, France, the USA, Spain and the United Kingdom.