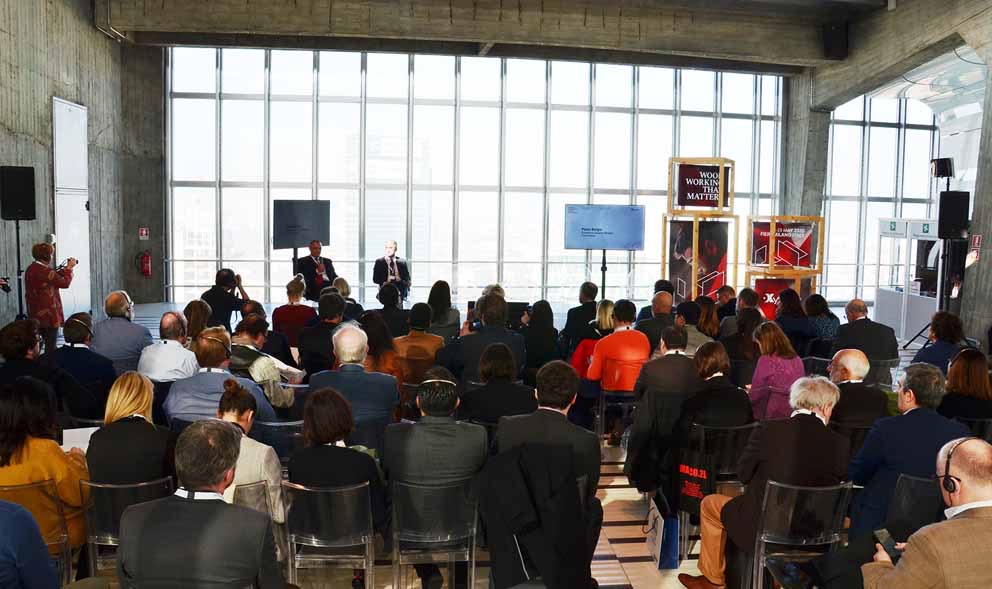 The next edition of Xylexpo, the biennial of technologies and supplies for the furniture and wood industry, will take place from 26 to 29 May at FieraMilano-Rho.
At the Enzo Jannacci Auditorium, on the 31st floor of the Pirelli Skyscraper, the traditional international press conference was held on Tuesday 18 February to present what is considered one of the main international trade fairs for experts in the sector.   Also this year a large group of “top exhibitors“ were present at the international press conference, as sponsors, in order to be able to anticipate to the press the main novelties that they will propose in their stands at the fair.

The day opened with an interesting and very topical round table entitled “The art of meeting: trade fairs in the digital universe“ which involved Paolo Borgio, Director of Fiera Milano, Massimo Goldoni, President of CFI, the Industry Fairs Committee of Confindustria, and Luigi De Vito, Vice-President of Eumabois, the European Federation of woodworking machinery manufacturers.
At the centre of the three speeches is an analysis of what role a trade fair should and can play today in an increasingly digital economic and social context. All three speakers agreed that in an increasingly digital and connected world, trade fairs remain the nerve centre of individual interactions and a fundamental framework for product promotion, negotiation and demonstration. Obviously, it is necessary to focus on quality trade fairs that guarantee the return on the investments made by the exhibiting companies. In this respect, Xylexpo is a good example.

In the absence of Lorenzo Primultini, President of Acimall and Xylexpo, who was unable to attend the meeting due to sudden commitments, Luca Rossetti, head of the press office, and Dario Corbetta, Director of Acimall, illustrated the main news of Xylexpo 2020.
First of all, some data: as of January 30, 2020, 330 companies have registered for the event, 30 percent of which are foreign, which will occupy a total net area of 29 thousand square meters.
To try to give all exhibitors a similar flow of visitors, Xylexpo will once again occupy three pavilions and in each pavilion one or more reference realities will be located: in pavilion 1 there will be Biesse Group and Ima Schelling, in pavilion 2 Scm Group and Weinig Hoz-Her, in pavilion 3 Homag Group, Felder, Cefla and Giardina Finishing.
Another important innovation concerns the duration of the fair: four days instead of five, from Tuesday 26 to Friday 29 May 2020.
Confirm the entry procedures: the entrance ticket will cost 15 euros, but it will be absolutely free for all operators who will pre-register on the website www.xylexpo.com.
Also this year will be the fourth edition of the Xylexpo Awards structured in three sections: “Wood and panel processing“ (including tools), “Finishing and Painting“ (plants and materials) and for the first time “IoT and industrial process management“.

Xylexpo and Catas: a fruitful collaboration

Andrea Giavon, director of Catas, the most important European testing and certification laboratory for the wood-furnishing sector, presented the three conferences that will take place during Xylexpo: on Wednesday 27th May, the second edition of the technical meeting “Next Wood - Designing together the surfaces of the future“, organized by Catas, Poliefun-Politecnico di Milano, Anver and Acimall, will be held, dedicated to the “responses of paint and system manufacturers to the increasingly demanding challenge of coating materials“.
Thursday 28 May will be the turn of the event “Adhesives in the furniture industry and the current evolution of products and processes“, organised by Catas and Federchimica. They will discuss the application of veneers in the light of the new German formaldehyde regulation, the use of thermo-melting adhesives for the application of glossy coatings, the use of polyurethane adhesives with low free isocyanate content, and new water-resistant vinyl adhesives.
Finally, on Friday, May 29th, the topic of “Voc“, the volatile organic components responsible for indoor pollution, will be discussed in depth.
The Director of Catas also explained how, in collaboration with Xylexpo, we have started a real census of all training opportunities operating on the national territory, realities that from the 2020 edition will be invited to be more and more involved and protagonists of the exhibition.

Current problems and possible effects on the world economy

Dario Corbetta, director of Acimall, addressed an expected topic, namely the possible effects of the “Chinese epidemic“ on the world economy. “In woodworking machinery - said Corbetta - China certainly plays a leading role, since we are talking about the third largest producer in the world, behind Germany and Italy. Speaking of trade relations, however, we must say that our country and Europe in general live more from internal exchanges, an element to which we must add that the first destination market remains the United States. Let's not forget that Xylexpo is a fundamentally “Eurocentric“ exhibition (70% of foreign visitors come from the Old Continent), so we do not expect serious repercussions from the effects of the “Corona Virus“; also because the gates of the exhibition will open in more than three months and if the situation is not resolved or the alarm has not returned, we will have much more to worry about ...“.
As for the other economic data, Dario Corbetta pointed out that the two main economies of wood technology, Germany and Italy, have closed a disappointing 2019: Germany grew by a modest 0.5 percent, while the Italian economy scored a zero, the worst “post-crisis“ result. However, there was a positive note as far as our country is concerned, namely the maintenance of most of the facilities and financing for “Industry 4.0“. Xylexpo is therefore still in an extremely favorable moment for investment, an element that all exhibitors will certainly be able to put to good use. 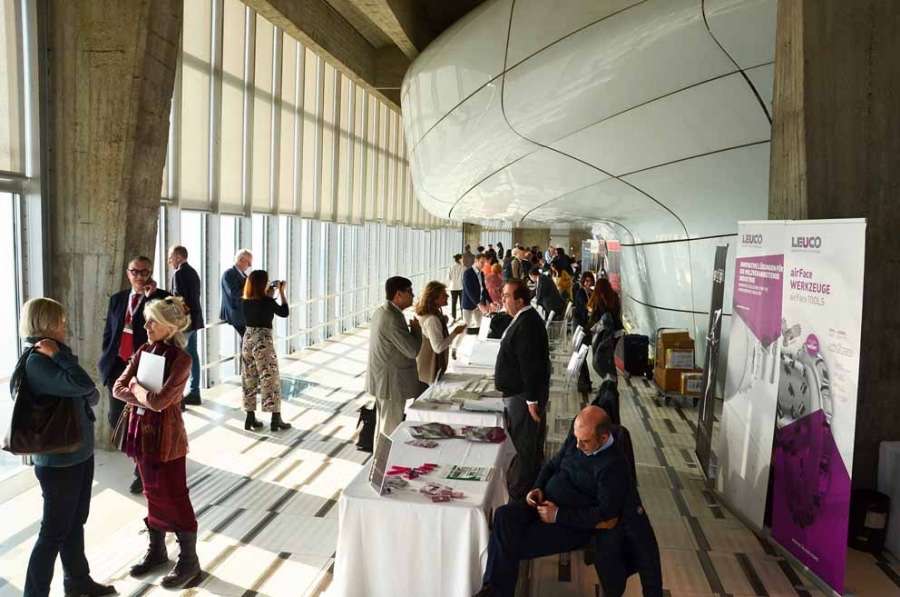 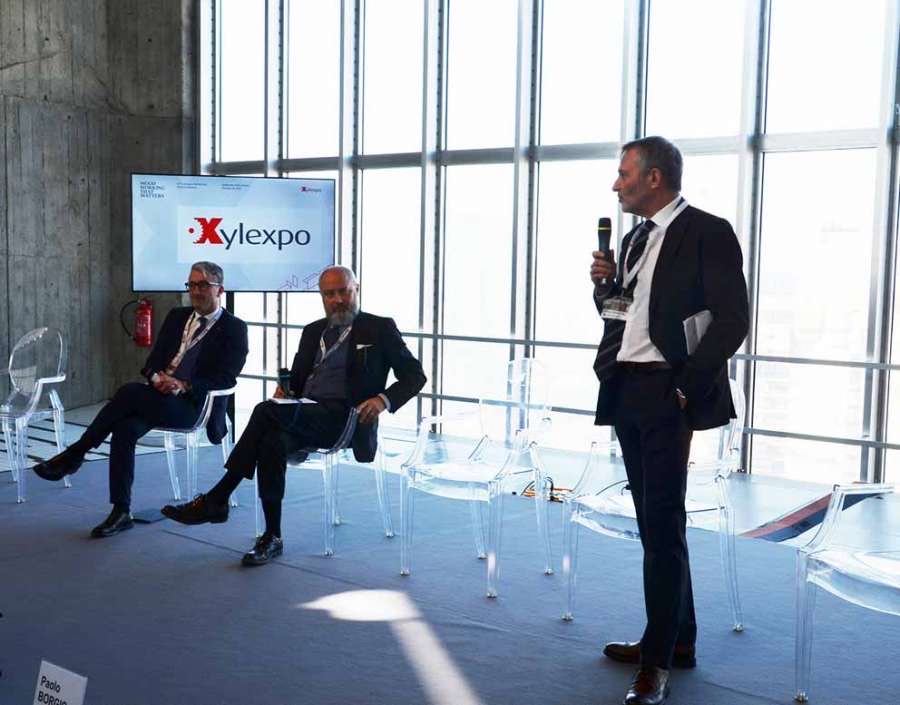 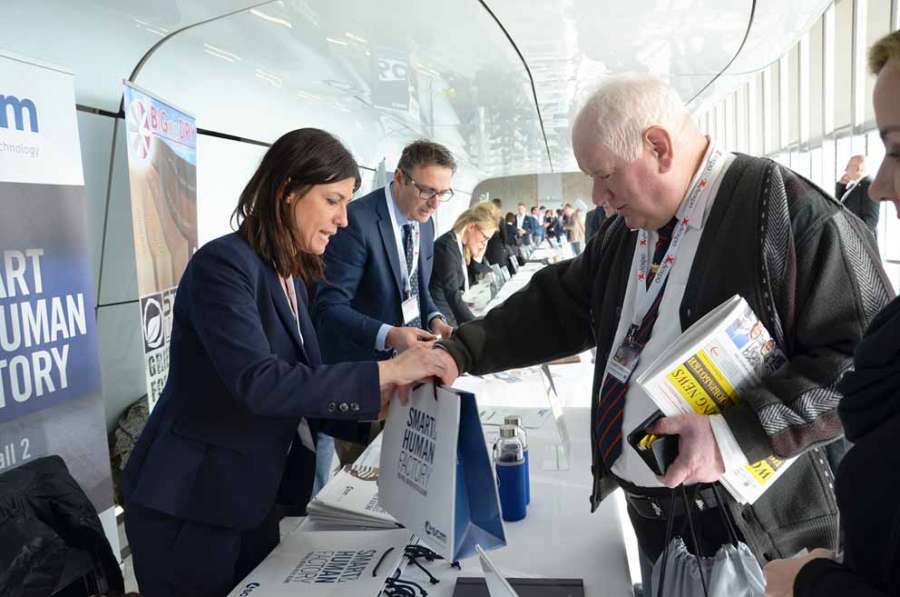 Xylexpo 2020, biennial technology and supplies for the furniture and wood industry, is postponed

The event will be organized in the second half of the year, on a date to be defined as followspata>
Category: Fairs
Publication date: 10/03/2020
Discover more

LIGNA 2019: the future of the woodworking industry 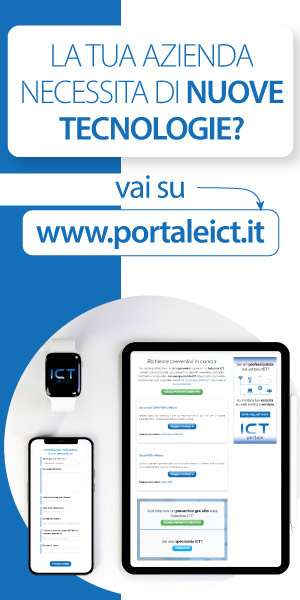