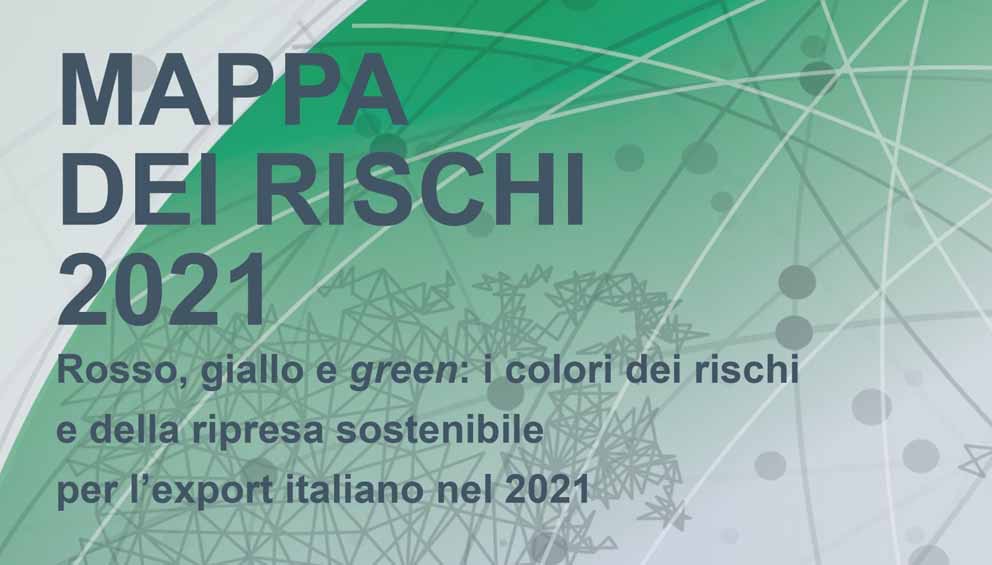 The year 2021 is expected to be a year of transition towards the exit from the pandemic crisis, a year still characterised by Viruses, Variants and Vaccines, the so-called “V“ factors, but also by a recovery of the world economy after the deep recession recorded in 2020, despite the raising of all risk profiles at global level.
This is the scenario that emerges in the 2021 Risk Map - “Red, yellow and green: the colours of risks and sustainable recovery for Italian exports“ presented by SACE, an interactive online world map, now in its 15th edition, which outlines the risk profiles for companies that export and operate in around 200 foreign markets.
This year's report is characterised by brighter colours due to a generalised increase in credit and political risks, in a framework still dominated by a high level of uncertainty due to the continuation of the pandemic and its economic and social impacts on governments, companies and households worldwide.

A widespread but uneven recovery

Global scenarios are still deeply marked by the pandemic shock, which has forced a sudden shift in priorities in many countries over the past year.
Expectations of recovery are emerging for 2021 and the following two years, albeit at a slower rate than in the past: Oxford Economics forecasts indicate that global economic activity is expected to recover by 5% in 2021, while the OCSE expects it to be 4.2% and the International Monetary Fund 5.5%.
According to the Sace Report, this recovery will be widespread across all geographies, albeit in a heterogeneous manner. Its intensity in the first quarter of the year will still be weak, while from April onwards, thanks also to the progress of vaccination programmes, it will be increasingly stable, even if the uncertainties surrounding these scenarios are still high.
Although in a context of uncertainty and increasing risks, companies can look to 2021 with cautious optimism, aware that they will have to adapt their strategies quickly to a changing environment by constantly monitoring the markets of interest and using appropriate financial, insurance, advisory and debt collection tools.

Sace's Risk Map 2021 paints a brighter picture of risks, with a general increase in all risk profiles. The most pronounced increase concerns credit risks, due to the economic impacts of the pandemic, without prejudice to a strong focus on social-political tensions and sustainability reflected in the other indicators.
This year's edition also makes use of new indicators that assess, along with the traditional credit and political risk factors, also sustainability aspects that are now essential, defined in collaboration with the Enel Foundation: climate change, social welfare and energy transition.

The crisis due to the pandemic has contributed to a further increase in global debt, both public and private, which recorded an increase of 24 trillion in 2020, bringing total debt to 281 trillion, equal to 355% of global GDP and a sharp rise from the 320% reached in 2019 (IIF data).
Of the 194 countries analysed, 22 improved, with Emerging Europe and the Commonwealth of Independent States (CSI) holding their own while in Asia, it was Vietnam that stood out in a positive light. Next, 52 countries were stable and 120 countries were deteriorating in their credit risk ratings.  The latter concern most of the countries of Sub-Saharan Africa and those of North Africa and the Middle East, with Zambia, in particular, reporting the largest increase in its risk score. The worsening of risks is fairly generalised in Latin America as well, but the picture presents some exceptions for economies with more solid fundamentals, such as Peru, Chile and Uruguay, and for Argentina, already in difficulty in previous years, but which in 2021 is expecting a reduction in its risk profile thanks to the restructuring of its debt with foreign private creditors.
Emerging markets will show more pronounced momentum, thanks both to greater efficiency in containing the health crisis in major economies such as South-East Asia, e.g. South Korea and Vietnam, and to the strong pull of China.

Political risk indicators, which include risks of war, civil unrest and political violence, risks of expropriation and contract violations, and risks of currency transfer and convertibility restrictions, all increased in 2020, most notably in emerging and developing markets. Of the 194 countries analysed, 48 are improving, 60 are stable and 86 are worsening.

This year's Risk Map has not neglected the green side. The economic and social impacts of the pandemic have in fact made sustainability issues more explicit and strengthened the conviction that recovery must take place on new bases, rethinking the economy in terms of sustainability, not only at an environmental level, but also at a human level.
SACE and the Enel Foundation have examined these sustainability-related issues in depth, developing for each country a new risk indicator concerning climate change and some synthetic scores that make it possible to define the social welfare scenario and the context of energy transition. The risk of climate change in the next few years is set to increase in a widespread manner in all geographical areas, particularly in terms of temperature (e.g. high temperatures, hydrogeological fragility and wind), while the well-being and energy transition contexts show greater heterogeneity, depending on the different national scenarios and in particular between advanced and emerging countries. 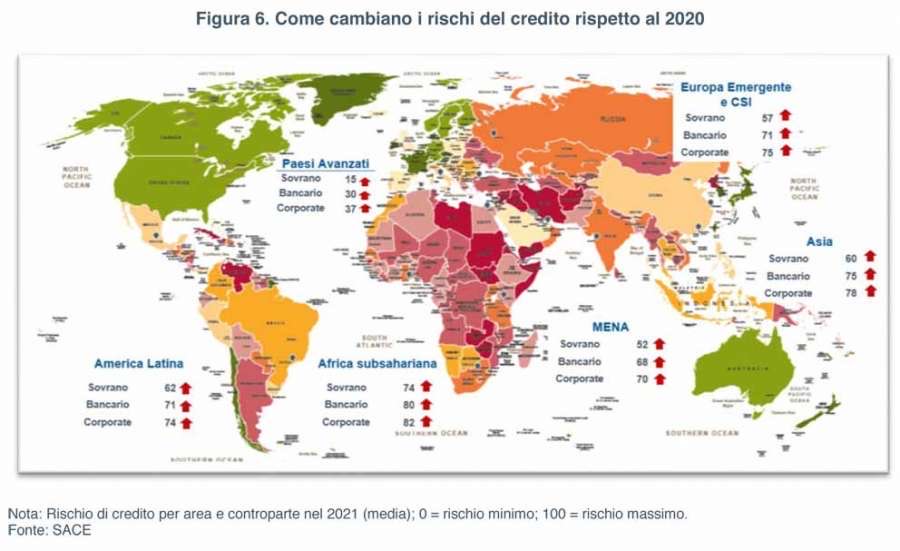 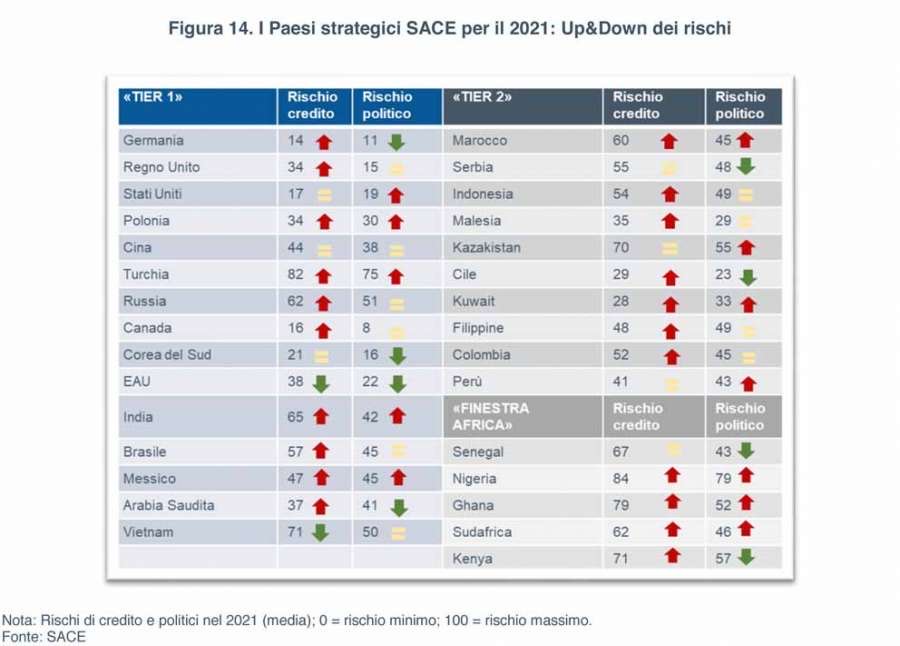 After a sharp decline in 2020, Italian exports are expected to recover robustly as early as 2021 >
Category: Economics and Marketing
Publication date: 15/09/2020
Discover more

Pambianco Research has highlighted how digital and sustainability will be the strongest trends in the medium term>
Category: Industry news
Publication date: 02/08/2020
Discover more