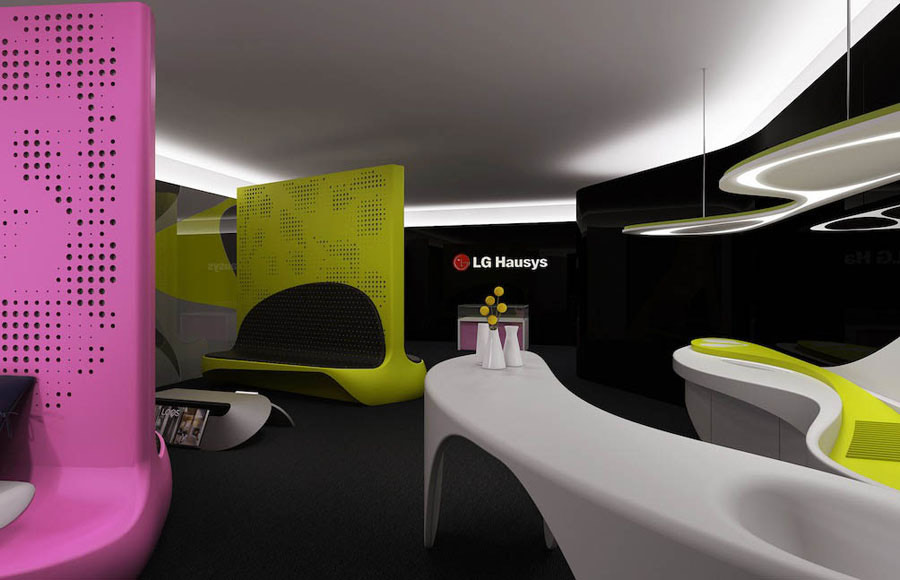 Freedom of imaginationInnovation, imagination, originality and quality have also characterized the proposals submitted this year to the Pi Superstudio in Via Tortona during Milan Design Week. In this context LG Hausys, a world leader in technology, took part in presenting a concept allevento suspended between reality and imagination, weaving lines of a visionary project. The living space offered by LG Hausys, unesclusiva installation developed in collaboration with Karim Rashid, saw HI-MACS acrylic stone of the New Generation, as the unquestioned leader, in a variation of colors, creativity and energy from both artistic and architectural value sought . The design of this amazing apartment is named Sparkle Krib (to sparkle, twinkle and crib, house), a study on the visual power of sinuous lines and especially the colors. The creativity is expressed through elements which fits in a space with organic lines and fluid, as in movement. The space has taken shape through the use of clever HI-MACS, which highlights and emphasizes the extraordinary potentials of materials and techniques that best express the concept of freedom dimmaginazione. The New Generation of Acrylic Stone, in fact, thanks to its versatile and easy to work with, lends itself naturally to accept with ease the imagination of architects and designers, concretizzandola in its most varied forms and ideas, even the most ambitious. 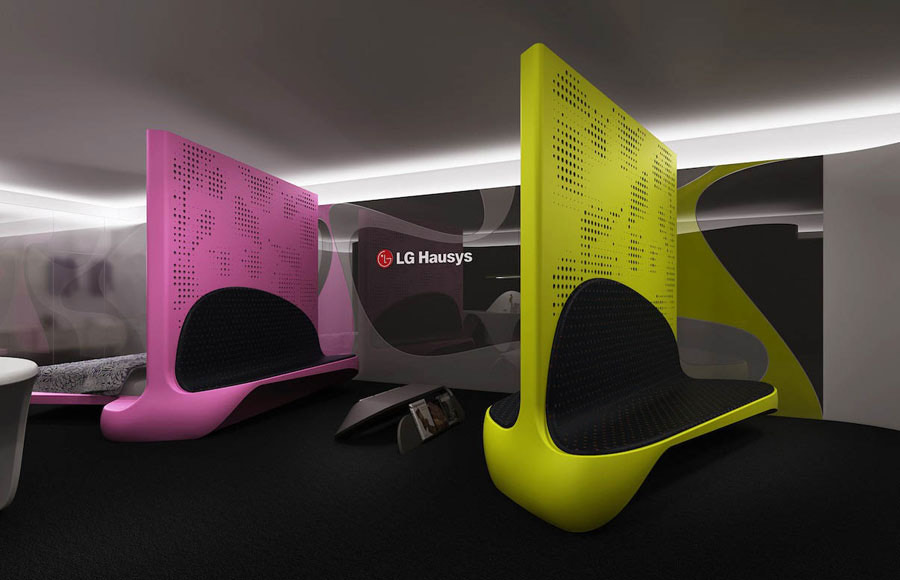 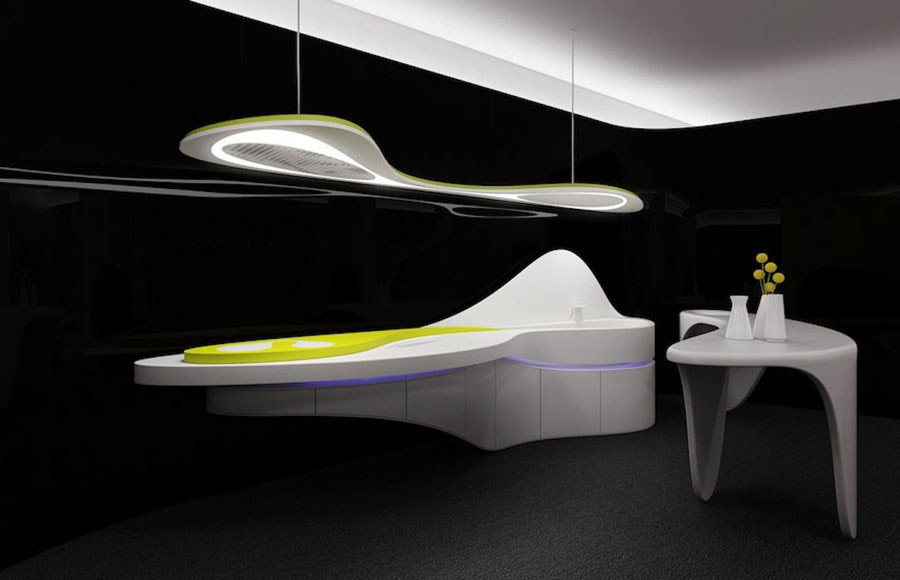