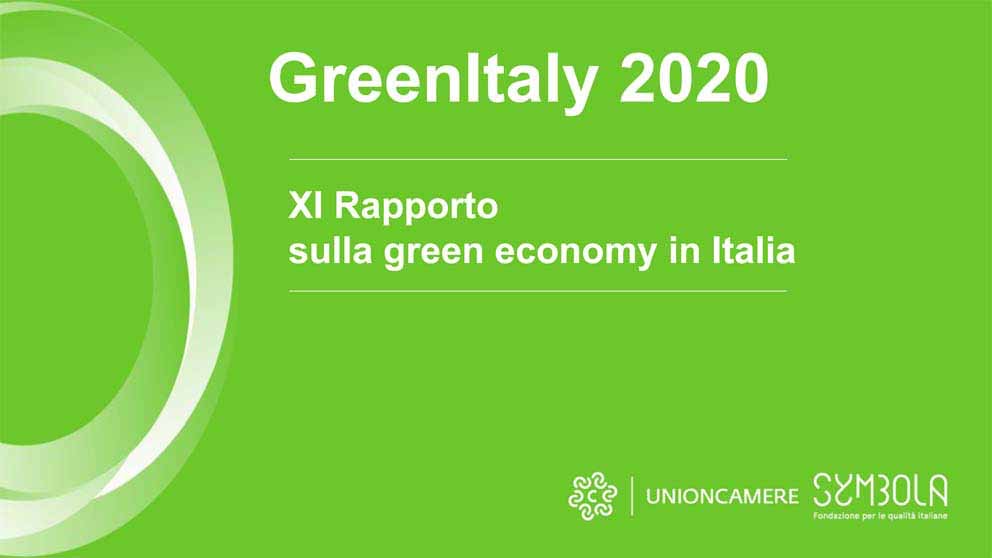 Once again this year the Symbola Foundation and Unioncamere have published the GreenItaly 2020 Report, which contains trends and analysis on the “green“ behaviour of Italian manufacturing companies. The report was presented in live streaming on 29 October by Ermete Realacci, President of the Symbola Foundation and Giuseppe Tripoli, Secretary General of Unioncamere, in the presence of Paolo Gentiloni, European Commissioner for the Economy and Vincenzo Amendola, Minister for European Foreign Affairs.
The results of the Report show that over 432 thousand Italian companies in industry and services have invested in green products and technologies over the last 5 years (2015-2019); almost one in three, an increase in value compared to the previous five years, when there were 345 thousand (24% of the total). 2019 even peaked with almost 300 thousand companies investing in sustainability and energy efficiency.

These data refer to the pre-Covid period, but according to a survey carried out by Symbola and Unioncamere in October 2020 on 1,000 manufacturing companies with 5-499 employees, it was found that green companies were more resilient and more reactive in the face of the crisis caused by Covid-19. Among the companies that made investments for sustainability, 16% managed to increase their turnover, compared to 9% of non-green companies. The competitive advantage of eco-investing companies is confirmed in such a complex period also in terms of employment and exports. This is also due to the fact that green companies innovate more, invest more in R&D and use, or plan to use, 4.0 technologies to a greater extent. The survey also clearly shows that green and digital together strengthen the competitive capacity of our companies.
“There is an Italy ready for the Recovery Fund and the green economy is the best response to the crisis we are going through - says the president of the Symbola Foundation Ermete Realacci - in fact, the GreenItaly Report shows an acceleration towards the green of the Italian entrepreneurial system“.
The Secretary General of Unioncamere, Giuseppe Tripoli, stressed that four fundamental points emerge from the Report:
1- The green transition is a path on which Italian companies have already embarked: a quarter of them, despite the adversities of this period, intend to invest in sustainability also in the next three years.
2 - Companies in the green economy are more resilient: in 2020, they recorded lower turnover losses than the others, are more optimistic than the others and believe they will recover their pre-crisis levels of activity within 1-2 years.
3 - Green companies innovate more, invest more in R&D, use 4.0 technologies more and favour 4.0 skills.
4 - Youth companies look more to green: in the past three years 47% of companies under 35 have invested in the green economy compared to 23% of other companies.

In the GreenItaly 2020 Report, the contribution of FederlegnoArredo, which in the chapter dedicated to the wood-furnishing sector, has also made a significant contribution this year, describing and enhancing the experience of as many as 46 member companies.
The data of the supply chain as a whole are encouraging, but what emerges most clearly is that relating to the circular economy. The Italian wood-furniture industry is in fact the first in Europe in a circular economy: 93% of chipboard panels produced in Italy are made of recycled wood. In addition, it produces fewer climate-altering emissions than other major European countries: 26 kg per 1,000 euros of production, compared to 43 in Germany, 49 in France and over 200 in Spain.
Much of the wood used by FederlegnoArredo member companies comes from PEFC and/or FSC certified forests or plantations, i.e. managed in a correct and responsible manner according to strict environmental, social and economic standards: moreover, the presence of environmental certifications is widely present throughout the supply chain.
The crisis at Covid-19 has imposed on the industrial fabric the need to push sustainability even further. Even before the pandemic, Assarredo developed the 'Sustainability Project', which aims to use the sustainable transition announced by the EU as an opportunity for development and competitiveness for the entire supply chain. The project, which is expected to be completed in 2025, proposes a periodic survey of the performance and needs of member companies in order to identify and measure the actions to be implemented: from the training programme, to tools and initiatives to encourage innovation in the environmental field, to a new communicative positioning of the sector on sustainability issues. 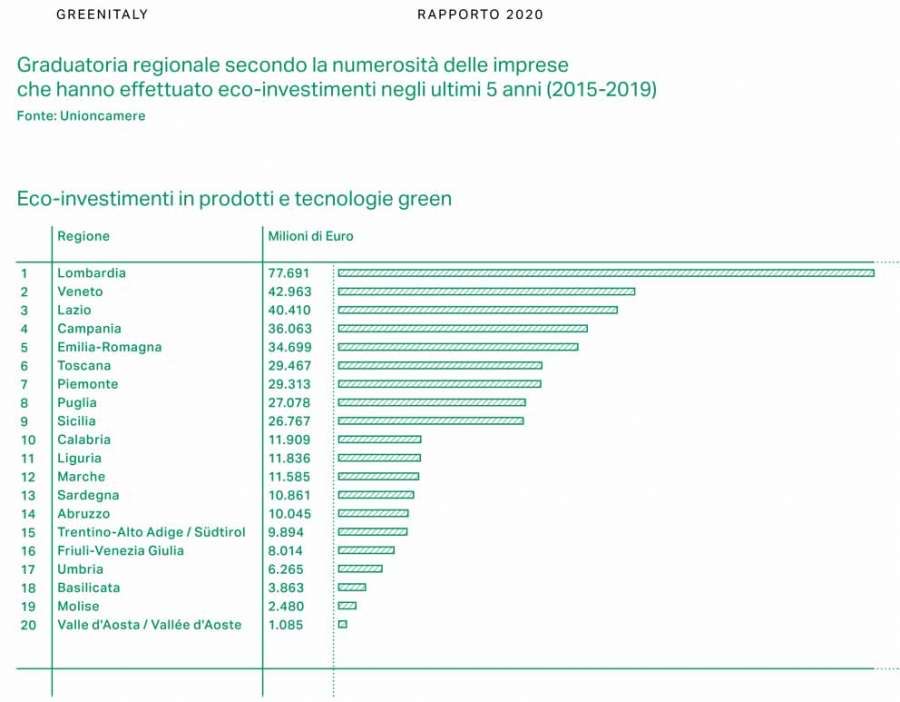 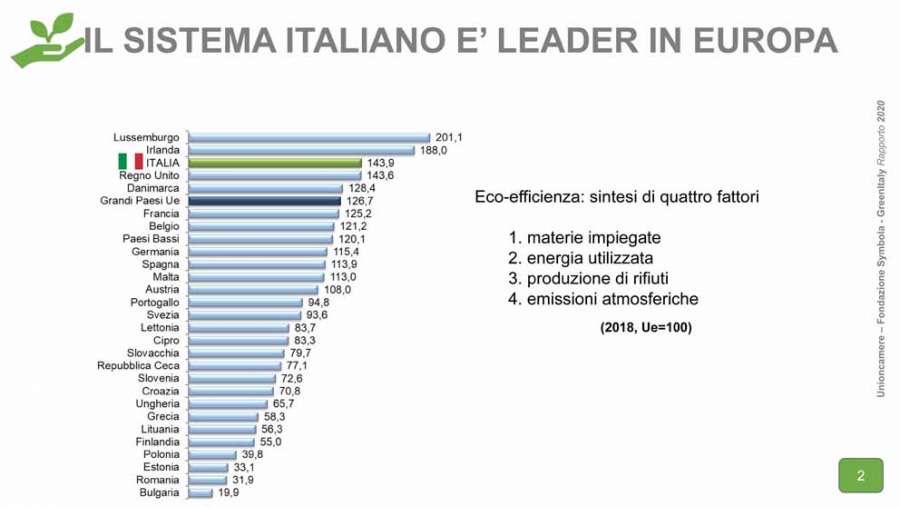 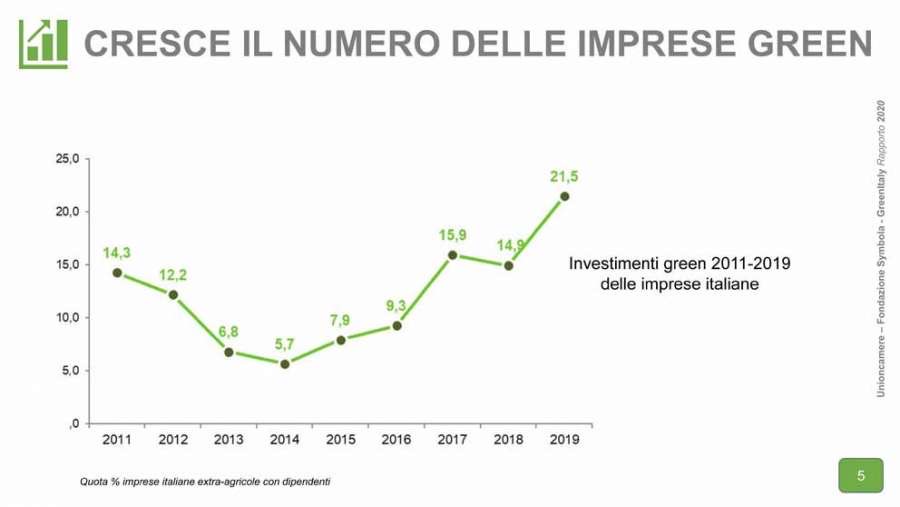 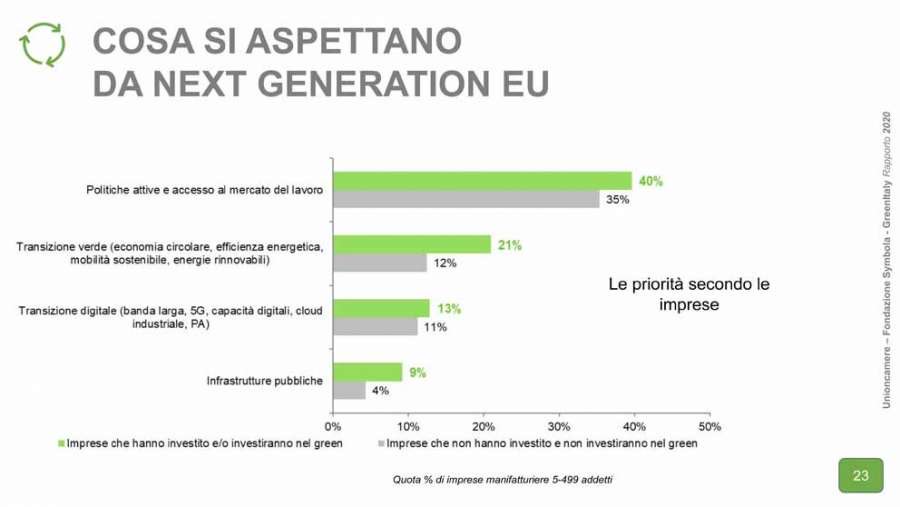 The Report shows an acceleration towards the green of the Italian entrepreneurial system>
Category: Economics and Marketing
Publication date: 21/11/2019
Discover more

The Report shows an acceleration towards the green of the Italian entrepreneurial system>
Category: Economics and Marketing
Publication date: 21/11/2019
Discover more