Italian Bello e Ben Fatto (Beautiful and Well-made) is worth 135 billion euros in exports with a growth potential of 82 billion: this is what emerges from the Report “Exporting the Dolce Vita“ that the Confindustria Study Centre has once again produced this year, in collaboration with Unicredit and with the contribution of SACE, Netcomm, and Fondazione Manlio Masi - National Observatory for International Affairs and Trade.  The Report, which was presented on 20 July at the Confindustria headquarters in Rome, focuses on the macro sector of 'Bello e Ben Fatto' (Beautiful and Well Made), which encompasses all those goods that represent Italian excellence in terms of design, care, quality of materials and workmanship, the main pillars of which are the '3Fs' (Fashion, Food, Furniture), in addition to those relating to Ceramics, Cosmetics, Nautics, and the Automotive Industry.
Most of Italy's excellences are directed towards advanced markets, which absorb about 114 billion euros, while the amount of excellence exported to emerging countries amounts to more than 20 billion euros, which on the one hand offer higher growth margins but higher risks on the other.

The potential margin for increasing exports

The report “Exporting the Dolce Vita“, which has as its subtitle “The potential of Made in Italy in the changing international panorama“, indicates that there is a potential margin for increasing exports within the BBF of 82 billion Euros.  More than three quarters of this potential lies in advanced countries (€62 billion) and the rest in emerging countries (€20 billion).
The United States is the market with the highest potential in absolute terms, with EUR 15.5 billion of possible additional exports. High potential also for France, Germany and the United Kingdom, which together are worth €13.7 billion in potential. Of the emerging countries, China is the one that offers the greatest scope for improvement in the medium-long term, with EUR 3.9 billion in possible additional exports, confirming its position as an emerging country with high export potential, but also as its main competitor.

A strong signal in favor of free trade is the recent creation of the Regional Comprehensive Economic Partnership (RCEP), the largest free trade agreement comprising the ten countries of the ASEAN group plus Australia, China, South Korea, Japan and New Zealand. The Agreement, which will become effective once ratified by at least six ASEAN and three non-ASEAN countries, will help to strengthen trade ties between the economies that have joined it, increasing their consumption capacity. Made-in-Italy exports will thus benefit from a richer market.

The pandemic has accelerated ongoing changes

The effects of the Covid-19 pandemic did not spare even the BBF, which suffered heavy repercussions, especially in sectors related to fashion, although some Made in Italy excellences continued to grow in 2020, proving particularly resilient.
“The Covid-19 crisis has had a propulsive effect on the trends underway, causing a leap in speed in social transformations and, as a result, in the economy. Above all, a further push towards digitalization. - commented Barbara Beltrame Giacomello, Confindustria Vice President for Internationalisation. “The challenge,“ she concluded, “is now to understand how to transform our companies: to strengthen digital sales channels, to stabilize international relations, and to preserve and increase the recognisability of Made in Italy“. 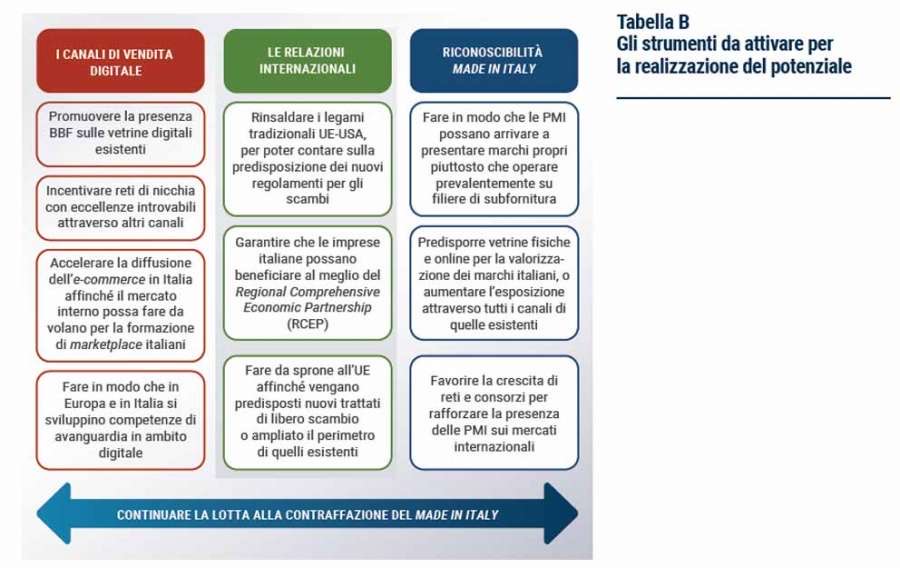 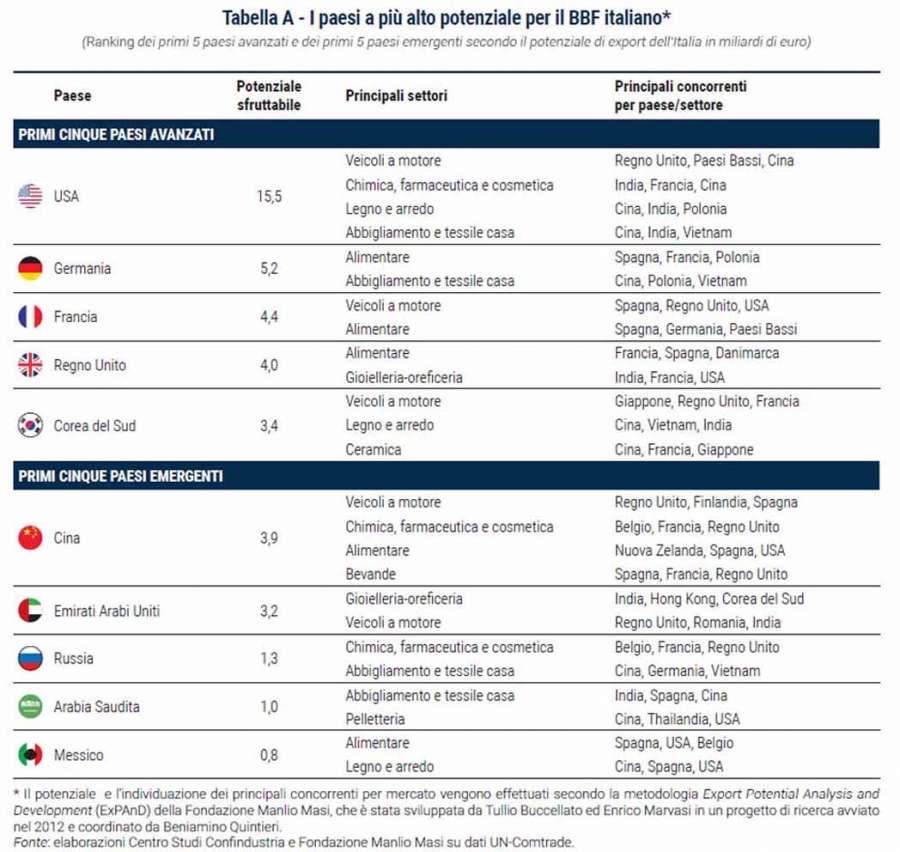