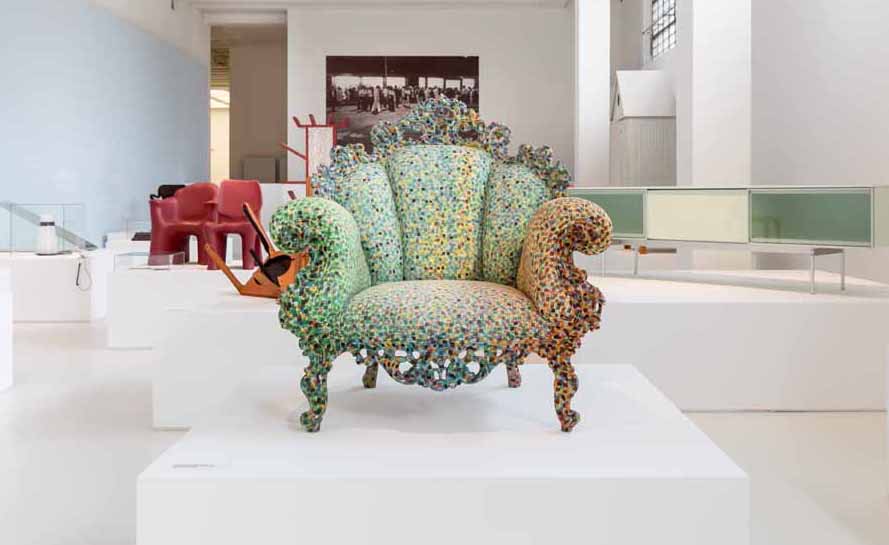 The Museum of Italian Design of Triennale Milano, with the Artistic Direction of Joseph Grima, presents itself for the first time in a permanent exhibition. Inaugurated during the Milan Design Week, the Museum of Italian Design was created by Stefano Boeri, President of Triennale Milano, and the Board of Directors of the Foundations of Triennale. The creation of the Museum of Italian Design was made possible thanks to the support of the Ministry for Cultural Heritage and Activities.
The Museum of Italian Design houses, on an area of about 1300 square meters, a selection of the most representative pieces of Italian design, objects that tell a story of thirty years of experimentation in which new materials, new techniques and new aesthetic codes have changed the domestic environment in a truly revolutionary way. Organized chronologically from 1946 to 1981, the exhibition presents one of the most creative periods of Italian design and designers in the world, the one that elapsed between the immediate post-war period and the years of the economic miracle until the early eighties, when innovative currents such as Memphis were imposed on the scene, which gave rise to a new era in the production of design.
“The opening of the Museum of Italian Design - said Stefano Boeri, during the presentation - is the first phase of a broader and longer-term project, supported by Mibac and other members of Triennale and agreed with ADI and Assolombarda, with which Triennale is forming an association. The aim is both to enrich our collection through targeted acquisition policies and new collaborations with archives, companies, schools, universities and museums, and to expand the spaces dedicated to Design at the Triennale, in order to make our institution the most important international centre dedicated to Italian design“. The expansion project involves the launch of an international design competition that will be announced by May 2019; the expansion will include new exhibition spaces that can accommodate the entire collection and areas for services to the public, as well as a reorganization of the Archives, for a total of 6,000 square meters.

This exhibition, entitled Parte I, aims to highlight the works and provides insights into the history and context in which each object was designed, through the exhibition of materials, mostly unpublished, from the Archives of the Triennial: photographs, advertising campaigns, original packaging. The Director of the Museum, the French architect Joseph Grima, former director of Domus magazine and current art director of the Design Academy in Eindhoven, together with the scientific committee, composed of Paola Antonelli, Mario Bellini, Andrea Branzi, Antonio Citterio, Michele De Lucchi, Piero Lissoni, Claudio Luti, Fabio Novembre, Patricia Urquiola has selected the 200 pieces, real icons of the history of Italian design from the post-war period to 1981: from Giò Ponti's Superleggera to Zanuso's Brionvega radio, from Mendini's Proust armchair to Memphis' Casablanca.
In some cases, next to the objects, there are the corresponding wooden models made by Giovanni Sacchi, which were granted to the Triennale by the Lombardy Region for storage, which allow us to understand the evolution of the project from the study and development phase to its creation and production.
Joseph Grima said that the ambition of the Museum of Italian Design is to be a place of inspiration, according to the oldest sense of the word museum. Very often the vehicle of the most intense and formative inspirations are not the inanimate objects, but the voices of the people who created them and the narration of apparently banal details, which have determined choices of fundamental importance for the history of design. For this reason, the voices of the authors who created the objects on display were also included in the museum itinerary. They were asked to tell in a simple way the genesis of their creations and the cultural conditions to which each object responded.
In order to offer the visitor interesting insights into the context in which the works were created, a timeline was placed on the walls that traces historical, political, social and customary Italian and international events. 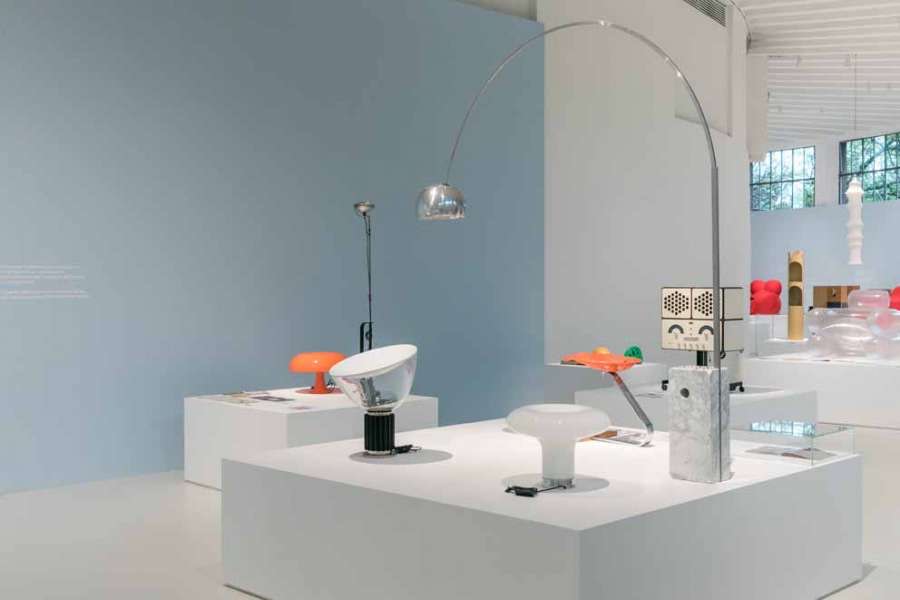 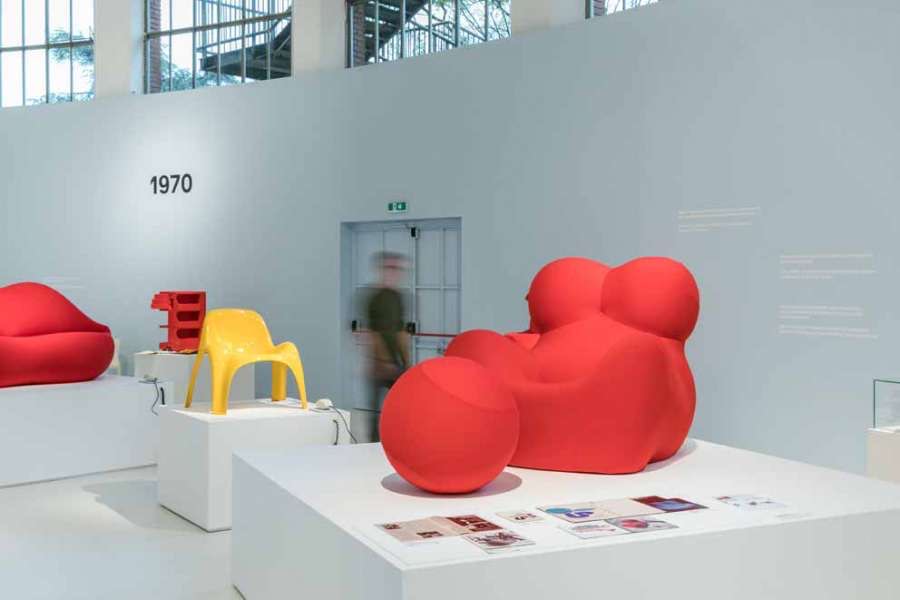 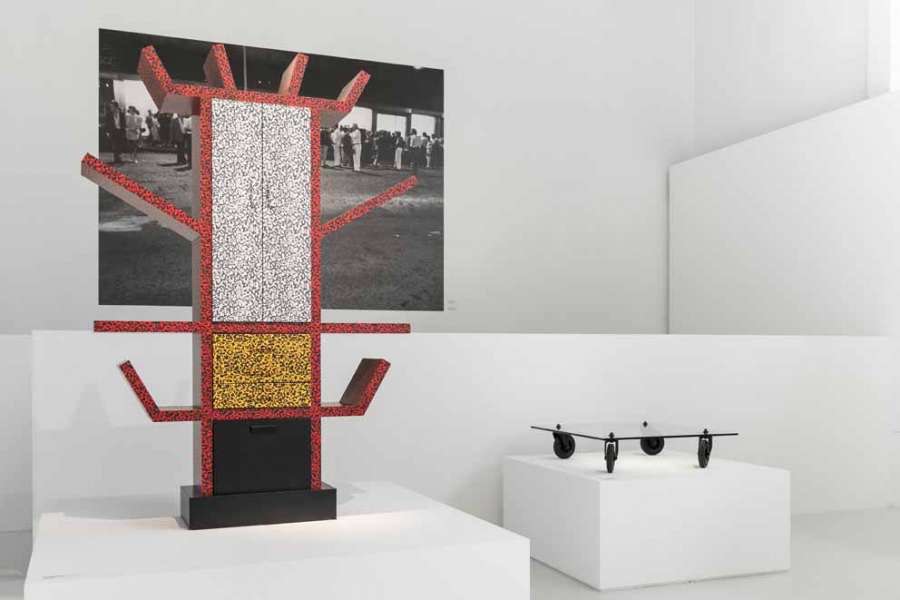 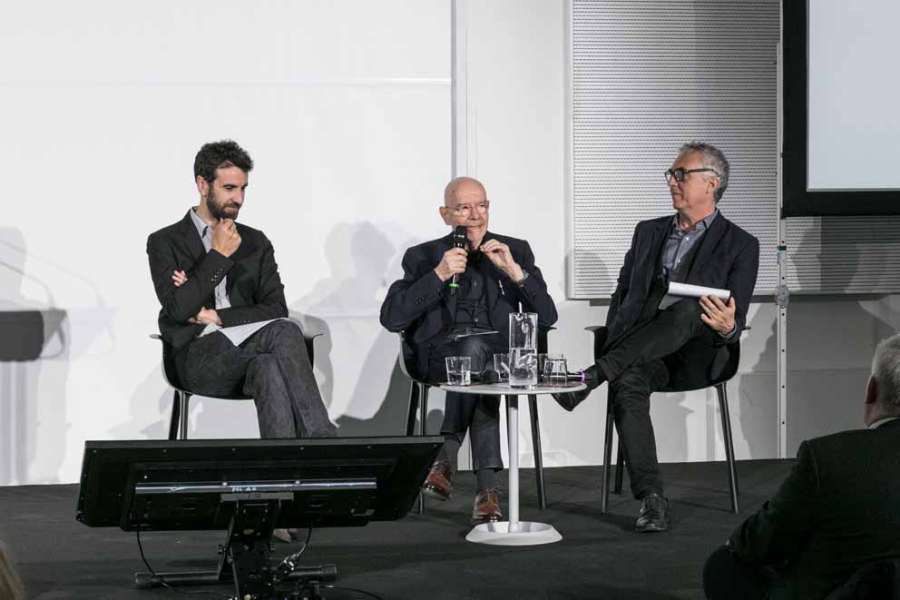