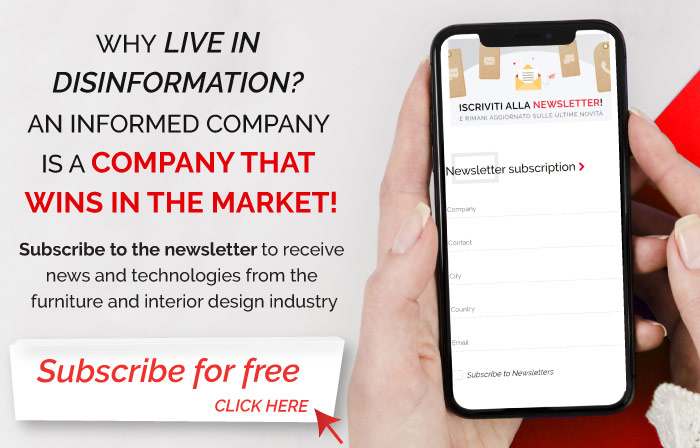 The quarterly survey carried out by the Acimall Studies Office, the association of Italian manufacturers in the woodworking technology sector, reveals more than positive data for the first quarter of 2021.
In fact, orders are up 58% compared to the first quarter of 2020; the trend of orders from foreign markets is very positive, up 52%; and domestic demand is even more impressive, up 87.8%.
"There could be no better way to start the new year," commented Luigi De Vito, president of Acimall. "The data processed by our Studies Office confirm what had been a "strong feeling" for some time: 2021 has started under the best auspices, with demand for technology for the furniture and wood industry growing strongly."

In absolute terms, the excellent trend in orders at the beginning of 2021 brings the Italian wood-furniture technology industry back to the highest levels recorded in 2018, marking a cyclical increase over the previous quarter of a further 17.6 per cent.
"Undoubtedly, the comparison is with a period, that of January-March last year, strongly marked by the closures imposed by the global health emergency, but this does not detract from the fact that the rebound is greater than our expectations, which were moreover supported by the positive signals that had already come from the last quarter of 2020," added De Vito.
Acimall's quarterly survey, which involved a representative statistical sample, also shows that the order book is 4.1 months, while the price change since 1 January this year is 1 per cent. Turnover, compared to the first quarter of 2020, increased by 2.4 per cent.
Respondents also provided clear indications on the qualitative survey side: 75 per cent of the sample indicated a positive production trend (it was 50 per cent in the previous quarter, a clear sign of growing confidence in more "responsive" markets); 5 per cent revealed a drop, 20 per cent declared substantial stability. There were also signs of growth on the employment front: 55 per cent indicated substantial stability and as many as 40 per cent of those surveyed indicated an increase, with the remaining 5 per cent showing a decrease. Stocks are increasing for 40 per cent of respondents, decreasing for 20 per cent of the sample, and stable for 40 per cent.
The survey shows that 55 per cent of those interviewed believe that exports will continue to grow at the current rate, while 45 per cent are convinced that things can only get better. The fact that no one expects things to get worse is a clear indication of confidence in the future. If only the domestic market is taken into account, the figures are reversed: 55 per cent of the respondents expect further growth, 40 per cent expect stability and 5 per cent expect a decline.

The first quarter of this year thus indicates a positive turnaround with respect to a 2020 that will be remembered as one of the most difficult periods to face for this sector, and not only.
According to the final figures drawn up by the Acimall Studies Office, the production of Italian companies in 2020 stopped at 1,848 million euros, or 18.4% less than in 2019. A sharp drop that obviously took shape in the first part of the year, when the measures to combat the Covid-19 pandemic were felt more strongly and directly. Since the summer months, there has been a decidedly more positive trend, especially in the last quarter of the year; a valuable turnaround, which has restored confidence and positivity to the entire sector, but which was not enough to make up for lost time, orders and turnover, although it has undoubtedly allowed 2020 to end better than had been expected in the toughest months. A global situation that obviously also took its toll on our exports, which fell by 15.8 per cent compared to 2019 for an absolute value of €1,330 million. Despite the downturn, foreign sales are still the driving force for the entire sector.
In percentage terms, even more significant was the contraction in imports, which fell by 28.2 per cent to EUR 153 million in 2020. These figures underline the extent to which, overall, domestic demand in 2020 was still depressed, while the trade balance remained high at €1,177 million.

The general assembly of the Confindustria member association unanimously confirms the mandate of President Lorenzo Primultini and appointed the two new Vice Presidents. Economic data for the first quarter of 2017 were positive.

Xylexpo 2018, the international biennial of technologies and supplies for the wood and furniture industry, will be held at Fiera Milano-Rho from 8 to 12 May 2018.

Positive results are highlighted by data emerged from the economic survey for the fourth quarter of 2017 of Acimall and by the preliminary results for 2017.

The economic survey by Acimall's Research Department indicates that 2018 was also a positive year with a growth of 9.5% compared to 2017. Exports with a 6.5% increase are also good.

The General Assembly of Eumabois has confirmed in its entirety the Board of Directors for the excellent results achieved in the last three years.

The Acimall Studies Office has drawn up the 2019 final balance for Italian wood-furnishing technologies, data that reveal a significant contraction and that will require a renewed commitment for the future.

Acimall's quarterly survey, covering the period July-September 2020, shows that the woodworking technology sector has shown a smaller decline than expected, given the previous quarters

Acimall's quarterly survey shows that woodworking technology and the furniture industry in the fourth quarter of 2020 saw a 3.7 per cent growth in orders compared to the same period in 2019 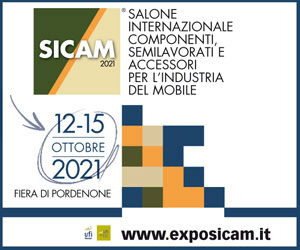 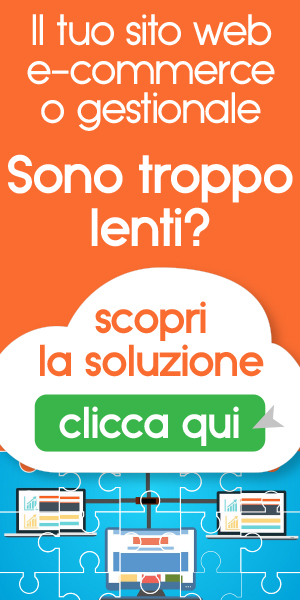 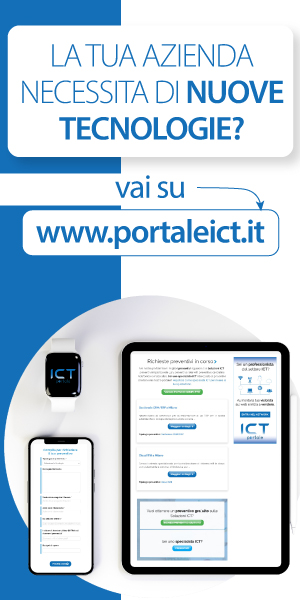